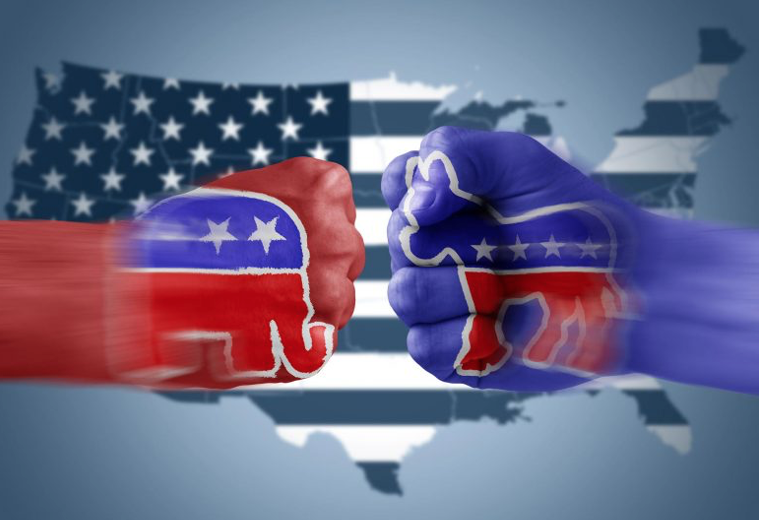 A very wise man stated over 60 years ago, “As you press on for justice, be sure to move with dignity and discipline, using only the weapon of love. Let no man pull you so low as to hate him. Always avoid violence. If you succumb to the temptation of using violence in your struggle, unborn generations will be the recipients of a long and desolate night of bitterness, and your chief legacy to the future will be an endless reign of meaningless chaos.”

Sadly, these words seem to have fallen on a lot of deaf ears back then and likely will continue to do so today.

Messages of hatred that point blame on everyone and everything except those in your own backyard only accomplish one thing, the perpetuation of more hatred. But he said, but she said, but he called me a name first, but she started it. It feels like America has turned into a damn kindergarten playground, a nation where if one group or one person can’t get their own way all the time, they have to hurt and belittle the others. There is no compromise. It’s our way or no way. “People fail to get along because they fear each other; they fear each other because they don’t know each other; they don’t know each other because they have not communicated with each other.”

Life, Liberty, & The Pursuit of Happiness applies to ALL People, all Americans – including the ones we don’t agree with. It also applies to the people who come here from other countries, likely your very own ancestors who sought those same simple dreams, and the People who were here long before the Europeans arrived. We are a nation of diversity and that diversity should be what makes us stronger, better, and more accepting of one another – not more hurtful, not more hateful, not more violent and childish. “We may have all come on different ships, but we’re all in the same boat now.”

Let’s remove ourselves from the playground, not in the mindset of taking the ball home because no one will play by our rules, but because the game is over with. One team won, the other team lost but all the players still remain friends when the streetlights come on and it’s time to go home. We’re older now and it’s beyond time to grow-up and be the united nation we all want to be.

I do not consider myself a Christian nor do I believe the United States was founded as a Christian nation, but I do believe there is wisdom to be found in the Bible and the teachings attributed to Christ. 1st First Corinthians 13:4-8 is often quoted at weddings, but its principle applies just as well to a nation as it does a marriage regarding how we should be treating each other. “Love is patient, love is kind. It does not envy, it does not boast, it is not proud. It does not dishonor others, it is not self-seeking, it is not easily angered, it keeps no record of wrongs. Love does not delight in evil but rejoices with the truth. It always protects, always trusts, always hopes, always perseveres. Love never fails. But where there are prophecies, they will cease; where there are tongues, they will be stilled; where there is knowledge, it will pass away.”

Generally, political posts have no place on any of my social media platform, but I guess it’s time I made a rare exception to that rule. It wasn’t my intention to make this so long. In fact, it started out as a brief post on Facebook, but the more I wrote, the more important and more meaningful it started to become. This is where I stand. This is who I am. I’m an American who loves her country and who is tired to tears of all the in-fighting, bickering, and hatred that she sees being put out there by people who should be loving each other, who should be holding each other up, who should be united and strong together as a Nation. It shouldn’t be Us vs. Them, R vs. D, Black vs. White vs. Red vs. Yellow. It should just be US, the UNITED STATES. If we can’t make peace within our own borders, how can we expect to make it with the other countries of the world?

My final quote is attributed to Mother Theresa of Calcutta. You may be familiar with it.

People are often unreasonable, irrational, and self-centered.
Forgive them anyway.
If you are kind, people may accuse you of selfish, ulterior motives.
Be kind anyway.
If you are successful, you will win some unfaithful friends and some genuine enemies.
Succeed anyway.
If you are honest and sincere people may deceive you.
Be honest and sincere anyway.
What you spend years creating, others could destroy overnight.
Create anyway.
If you find serenity and happiness, some may be jealous.
Be happy anyway.
The good you do today, will often be forgotten.
Do good anyway.
Give the best you have, and it will never be enough.
Give your best anyway.
In the final analysis, it is between you and God,
It was never between you and them anyway.


Are these goals something we can all agree on instead of allowing ourselves to continue to spiral into the destruction of hatred and darkness that has held this nation in its grip for far too long?