As some of you may know, I’ve been actively seeking the services of a reputable literary agent since November mainly because of the advice of one Scott Westerfeld of YA fame. Before that, I was sending solely out query letters to publishers. I wasn’t having any luck with the publisher route so, hey, what harm could it do by listening to someone who actually has a clue!? Nada.

Almost immediately, the rejections started coming back. What a big ole ego boost that was, but those recent rejection letters got me to thinking, well, one of them in particular. In the reply was this remark, “It’s just not something I am comfortable representing.” Hm? An odd thing to say when the person in question clearly states they are interested in the horror/thriller genre on their website. It then dawned on me, maybe he was referring to the mention I made of having had some erotica published. It never occurred to me until that moment, but I’m glad it was mentioned.

Erotica, especially the sort I’ve done, is certainly not for everyone. That’s fine. Sci-Fi isn’t for everyone. Horror isn’t for everyone. Fantasy isn’t for everyone. Westerns aren’t for everyone. That’s why there are so many different writing genres to begin with. I don’t go around bragging about the erotica, but it’s part of my history as a writer. It’s where I started to see my dream become reality. Truth be told, it was never my first choice nor something I gave ANY thought to creating until it actually happened. But, I’m not going to hide it from an agent or publisher I think would be suitable for the paranormal thrillers I am far, far more interested in writing and seeing published.

I don’t want to work with an agent who isn’t okay with my past writing history. I’m not asking them to promote it in any way. It’s there. It is what it is. We move on and expand our horizons. Anne Rice did it for God’s sake and what’s good enough for Anne is certainly good enough for me.

So, I thank you, secret agent man (whose privacy I will respect) for the rejection and your comment. Even if you weren’t even talking about the erotica, it did open my eyes about it being included in my query letters. I will continue to include it because I refuse to hide it. I’m not ashamed of it and I certainly don’t want to work with anyone who would want me to keep it hidden.

I sent out another agent query letter yesterday.

Yes, I included a very brief mention of the erotica. 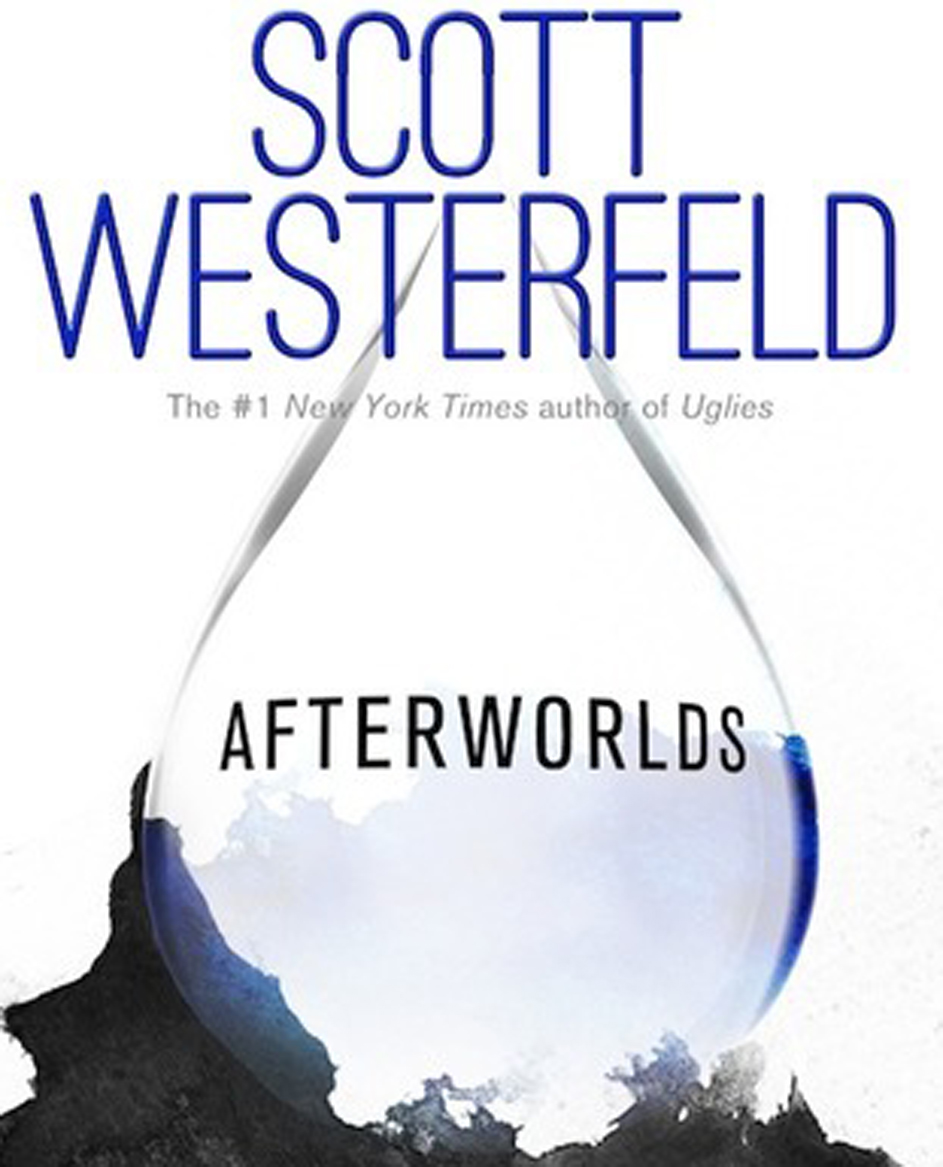 I must first confess that YA Fiction is not my genre of choice, but the promise of a novel about getting a novel published intrigued me, especially when the novel getting published within the novel about the publishing world is basically a ghost story, which *IS* a genre I have a lot of experience with.

I first came to know Scott’s work by way of one of his more adult science fiction novels, “Evolution’s Darling”. From there I went on to read “The Risen Empire” and “The Killing of Worlds”. Having enjoyed all three of those, while at the same time proclaiming I wasn’t really into Sci-Fi, I figured I’d give “Afterworlds” a shot and step back into my youthful days when I did read YA Fiction in the form of Nancy Drew murder mysteries.

With “Afterworlds” you will be getting a two for the price of one storyline. Scott’s clear and descriptive style quickly pulled me into both worlds.

We first meet Darcy Patel who has just had her first novel accepted for publication. She’s put college aside and strikes out to live in NYC, much to the dismay of her parents. With $150,000 to live on until the novel is released and the royalties start coming in, Darcy quickly finds herself noodling her way through the city with fellow YA novelist, Imogen Gray. Imogen and fellow writer friends, encourage the 18-year-old Darcy by sharing tips and research methods, both to Darcy’s amusement and horror.

But Darcy is not the only one facing a strange new world. Second we have Lizzie, the lead character in Darcy’s version of “Afterworlds” whose life changes drastically after she finds herself the only surviving victim at an airport terrorist attack by playing dead. Lizzie plays dead just a little too well and enters a very unique rendering of the afterlife. Here she meets Yamaraj who offers up some ‘YA Hotness’ in the form of a Hindu Death God. Yamaraj does his best to teach Lizzie the ins and outs of what she’s become, but it quickly becomes clear he’s not telling her everything she needs to know. These withheld lessons lead Lizzie down a much darker path than she or Yamaraj would like her to take.

Both stories were very enjoyable. I loved learning from Darcy and company. I could easily see myself in her shoes, struggling with doubts about herself as a writer and the novel she’s written almost too easily. The lengths she and Imogen go to in the name of research made me laugh out loud and are so, so relatable. Scott’s recreation of the world beyond death that Lizzie experiences is like nothing I’ve read about before. It’s about as new and refreshing as one can get when it comes to life beyond the grave.

Have I been converted to being a big fan of YA Fiction? Probably not, but “Afterworlds” will certainly appeal to Westerfeld’s longtime fans and will likely bring in new ones. He’s done an amazing job. My one and only ‘complaint’ about this novel is that I think it would have been easier for me to read and enjoy had the two parts been presented separately. I would have liked knowing about the trials and tribulations of Darcy first, leading me towards the reward of finally getting to read the novel she struggled with for so long.

Four out of Five Stars, because nothing is ever perfect.