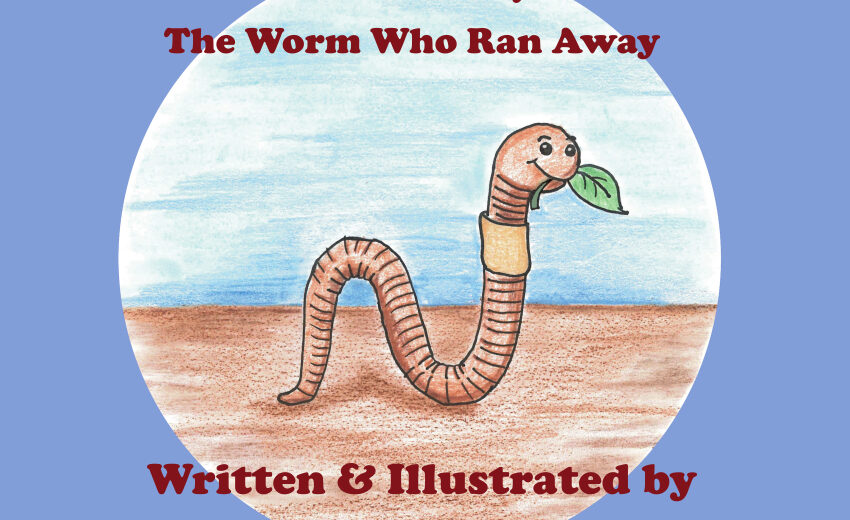 In May 1975, at the tender age of nine, either before or after a visit to the orthodontist, I crawled under a countertop in a library at Cornell University with some pieces of folded paper, a few colored pens, and a story to tell. As my mother worked at her job as a keypunch operator, I began to write and draw. When the workday was over and it was time to head home, I had finished my masterpiece. It was a simple tale with simple illustrations, but it meant the world to me and would, as the years went by, become an inspiration.

As I grew up, other stories came along. They were longer and more intricate. My third-grade teacher, Mrs. Dodd, once gave us a weekend assignment to write a story, any story about anything, at least three pages long. I was thrilled. Oh, how I wish I still had that story. I’ve no idea what it was even about but when I handed in ten pages instead of three, the teacher looked quite surprised. “I just couldn’t stop,” I remember telling her apologetically. “The characters just took over.” I felt bad it was so long, afraid I’d done too much and not kept to the three-page rule. Mrs. Dodd assured me it was fine. The assignment needed to be AT LEAST 3-pages long so ten was perfectly alright.

I continued to write my own short stories, usually about vampires or witches or ghosts. Seldom were any of them shared unless it was for a school assignment. I took a correspondence course in Children’s Literature as well as a college class in Illustration, thinking one day I’d write Children’s books. That was the ORIGINAL plan anyway. I got a little sidetracked, obviously.

I’d go on to write those novels I’d dreamed of writing, and some I’d never imagined! And yet, there remained that one story, the one that had remained forever in my heart and soul, the one I’d written for and given to my dad that day in May 1975. At some point over the years, I found out that my dad had saved that little handwritten and hand drawn booklet all this time. He returned it to me along with several notebooks filled with those simple stories I’d written back in my school days. They made me laugh and cry all at the same time. They were so wonderfully terrible! In 2015 I decided to revise that 1975 story, fill it in a little more and to rework the illustrations, but remain as true as possible to the original. Working full time along with adult life in general provided plenty of distractions and delays. A fortieth anniversary version would be gifted to my dad! Great plans… that time and again got put aside, slightly forgotten, deemed not as important as the next Horror novel. I’d get to it eventually.

Then 2020 and Covid-19 happened. I started working from home full time. With no morning or evening commute, I had a couple more hours a day to work on my own things. It was a glorious summer to work outside on my back deck. I began in earnest to try and finish what I’d started to do in 2015. I rewrote and drew inspiration from the original illustrations done by a nine-year-old me tucked under a counter in her mother’s workplace, but I needed to be able to get these images digitized and had no scanner at home to do so. Maybe a drug store or office supply store would have what I needed. Would the new drawings even look good after they were scanned?

In September, after six months of working from home, I was able to return to campus 3-days a week, what has become the new normal — and a high-quality scanner at my office fingertips. I sent the scanned imaged to myself from work. Once home, they were reformatted and tweaked as quickly as I could. This project needed to be done in time for Christmas, a gift for my dad, a gift he and I had talked about on and off over the years since the day I’d first given it to him. “Someday, maybe, it can be a real book that everyone can read.”

It turned out the hardest part of the whole thing has been keeping it a secret from my parents! No mention could be made on my Facebook pages. No mention of it on my website or in my blog. No talking or telling anyone who might see my parents and accidentally slip on and spill the beans. No sending it to that same local library I spent so many hours in in my youth, no putting any copies in the local bookstore that carries my novels – lest someone who knows me should stumble upon it before I had a chance to give it to my dad. No Christmas sales to be made. A lost opportunity – but it would be worth it!

Christmas Day. Forty-five years of waiting was only moments away! Dad opened present after present and chatted in ignorant bliss. Finally, he picked up flat and slender gift. Mom shouted, “YES! I knew there was a reason I put off buying this one,” as I’d gifted her a copy of my latest novel, “The Inheritance”. Dad paused, looked at the book she’d received, then looked back at the gift he had in hand. I’d put no To – From tag on it. “This mine?”

“Yes… that’s…” I said, forcing myself to not get all weepy, “that’s the big secret you may have heard about…” “Oh,” Dad opened it, saw the back of the book first and said, “Oh, Bill the Worm, yeah… I remember him…” (Or words to that effect.) Mom saw what it was, eyebrows arching as she added, “Oh, wow! When did that get published?” As Dad re-read the story, I explained how I’d only sold about ten copies as I’d been keeping it pretty-hush hush until Dad could get his copy.

So, there you have it. The secret it out… the story of Bill, The Worm Who Ran Away is now an honest to goodness published children’s book available to one and all. I’m super excited about this new writing adventure! I’m not going to stop writing Horror, but I did need to take a break from it amidst the madness of 2020. Bill the Worm kept me writing (and drawing) and created a bright spot in a sometimes dark and frustrating world.

I hope you all will find a place for Bill The Worm into your lives and bid him welcome. He’s a hearty little dude and he’s got some fun adventures ahead of him. Stay tuned for more Bill The Worm announcements and updates in 2021.

You can purchase BILL, The Worm Who Ran Away here!