You can’t imagine the shame I felt when I realized I’d not posted a Crow Report since December of 2019! I knew that needed to be fixed as quickly as possible. You can read my last report HERE. The Crow Report : Part 6.

As with so many other things, I’m going to blame my lack of a report on the arrival of Covid-19 in the months that fell on the heels of my last writing. I’m also going to blame (happily) Covid-19 for the progress that’s been made with my lovely black beauties!

Between mid-March and early September of 2020, I had the joy of working from home for the first time in my life! Oh, what a GLORIOUS summer it was despite the mayhem of masks and hand-sanitizer and half expecting the arrival of the first zombies and not being able to go out to eat for months or travel much of anywhere. After about six weeks of taking various work-related classes, bumbling my blind way through such things as learning something about Excel spread sheets, technical writing, and beginner HTML to name a few, I found a niche project to work on, Audio/Visual Transcription. It’s not for everyone, but I love it – more or less – and through it have learned more about home economics, modern architecture, 4-H, philosophy, Alex Haley, religious iconography, homosexuality in Ancient Greece and more, than I ever would have otherwise, or maybe ever wanted to. It’s been fascinating either way.

The work requires sitting at the computer listening to lectures and talks on the above-mentioned topics and documenting what’s being said by whom and when, sometimes with a few visual cues as to what’s going on should the audio be accompanied by video. Sitting inside as April turned into May and June and with the arrival of summer heat, simply was not going to happen. I took to my laptop as soon as I could and as often as I could outside to the back deck. Under the umbrella with my cup of morning coffee & breakfast, remaining out there throughout the afternoon where the coffee was replaced by iced tea or a soda and lunch was served, I’d work and listen and watch for the crows and the ravens all at the same time.

Once a day, usually around 9-10 in the morning, I’d toss the peanuts into the side lawn, whistle, and wait. It never took long for the crows to arrive. I didn’t go inside. They’d have to get used to the fact I was going to be there, even if out of sight around the back of the house. It took time, but they got used to the idea of it though they’d still fly to the safety of the trees should I dare rise and peek around the corner of the house. Silly birds.

They and the ravens seem to have gotten their territories and living arrangements worked out this past year. I never saw or heard any more aerial warfare as I had the previous summer. The ravens are still heard far more than they are seen, but one or two (I’ve spotted as many as six at once) do occasionally fly over the house casual as you please.

By summer’s end, the crows had gotten into the habit of sending their scout ahead at around eight or nine in the morning to caw for breakfast from the maple tree just outside my front door or the pine tree within sight of the back porch where I would sit should the day be warm enough by then to enjoy. Despite that, still, they retreated high into the treetops when I appear.

Fall arrived. The same pattern continued. I returned to work on-site three days a week and worried that my birdies would miss me and stop coming every morning to call me out to breakfast. There’d be no lady with disheveled hair in her bathrobe and slippers to whistle in greeting and wish them a, “Good morning, birdies!” I feared they’d give up and abandon me.

But, when I was home on Thursdays and Fridays, Scout would continue to show up, earlier or later, let me know he (or she) was there with a, “Caw, caw, caw” and sit in the tree until I poked my head out, whistled, wished her a, “Good morning, birdie,” and announced breakfast was coming up and that I’d be right back. Scout would wait. Scout would watch me toss out the treats for the day. Scout would call to its Murder partners and watch me go back inside. Sometimes mere minutes would pass before the other five would arrive. Sometimes, Scout would fly off and return hours later with the rest, but they did always come back.

When winter comes, they roost somewhere else for the night. I suspect in Ithaca with their other family members and friends, and there is a very narrow window of time that they are around. Days would go by without a note or sighting. I hated not seeing or hearing them, not knowing when they’d be back or for how long. Would they even stop to visit me? They don’t know the days of the week after all. Monday means as much to them as Friday or Saturday. And, of course, by now I could no longer work outside so they could spot me easily and my car would remain hidden in the garage. How would they know I was home, waiting and hoping?

On December 29th, which just happened to be my 55th birthday (and the day of the full moon) and I was home on Winter Break from work, they came. They not only caw-caw-cawed for my attention, they ALL waited in the tree together as I threw out the peanuts and the leftover chicken bones and whatever else I’d been saving up for them. And, as if that were not enough – they let me watch them from inside the kitchen, behind the closed doors and windows and… I was able to video them happily walking and flying and nibbling away on my offerings. NEVER have I been able to do that before. The mere sight of my camera aimed in their direction at this close proximity (ten – fifteen feet) would send them into a cacophony of fright and flight. Not that day. It was, after all, my birthday and I like to believe they knew that and that this was their birthday present to me. Later, I’d take my footage, edit it down to under 15 minutes, and share it on my YouTube channel. You can find it here. A Birthday Murder. It may be a bit long for some, but crow lovers will be amused.

Each day, each fleeting encounter since then seems to finally be paying off. This very morning, in fact, I heard Scout’s caw and replied. He was about halfway up the Maple tree. I went onto the front porch and looked up, “Good morning, birdie,” I said. He not only remained where he was but after I did a much gentler version of my calling whistle, he flew down closer! Shock and awe! Not wanting to press my luck, I went back in to fetch the vittles, keeping to the idea of offering them in the front yard instead of the usual side yard location.

Less than an hour later… there they were. Skittish about the new spot, but there all the same, offering me the continued hope on a black wing and a whistled prayer that one day, hopefully sooner rather than later, my wish will come true and they’ll know me and trust me as much as I want them to. I even managed to get a picture through the window. 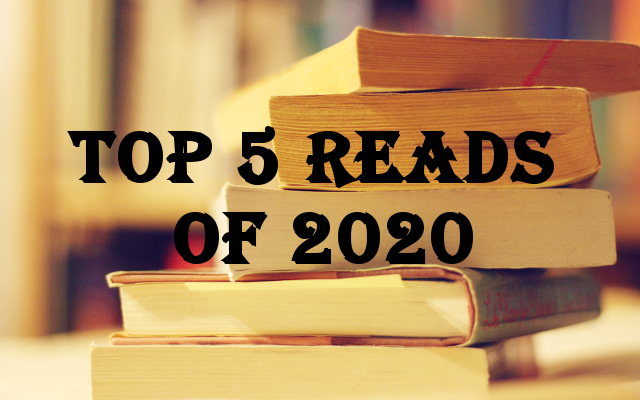 As usual, I’m behind in posting a list of my top reads for the past year. I read 17. That’s not a lot compared to what some people I know read, dozens, if not hundreds! Don’t know how they do it, frankly. Maybe they are reading books a lot shorter than the ones I gravitate towards. Either way, we’re all reading and that’s what counts! Because I read so few, I’m only going to do a Top 5 with a couple of honorable mentions. The list included two very different short story collections, one non-fiction, a children’s chapter book, 2 murder-mysteries, a YA novel, an old classic, something I can’t quite classify – fantasy-ish, I guess, and the rest, just good old modern Horror.

#5: By The Pricking of my Thumbs by Agatha Christie

This book sat on my parents’ bookshelf for as long as I can remember. When they sold their house and were getting rid of things, I snatched it up… and it sat on my bookshelf for another 25 years before I finally put it in the official TBR pile. Of course, it was awesome! Why didn’t I read this sooner? Every time I read a Christie book, I am reminded why she’s so beloved. The writing comes across as effortless. The characters are charming and witty. You can never go wrong with an Agatha Christie title!

A novella and the shortest thing I read all year. Good Boy is the story of a zombie apocalypse told through the eyes of a little dog and his small pack of dog friends … and one bad ass cat. What a great concept! Loved it all the way through. Engaging with an endless supply of tension mixed with tenderness. I laughed. I cringed. I cried, damn it! I know there’s a sequel out there. Hopefully I’ll get my hands on it sooner rather than later.

This was just out and out fun! Loved that I wasn’t sure what kind of creatures the bikers were for a good stretch of the book and when I did find out, it was fantastic. Non-stop biker action, a lot of gore, a lot of violence – not what I’m usually into – but the author made me care so much about the lives of the humans involved, that I had to keep reading through all that carnage. If that’s what your into, you’ll probably like it even more than I did.

This was something I’d read back in my high school days and loved. But, sometimes we read things in our youth and they’re a lot better the first time. When you go back and re-read it as an adult, you’re disappointed. This was not the case here. It was just as great as I remembered it being and by god the movie they made based on it follows the dialogue almost word for word in many instances. This book should be read by every haunted house fan out there. Loved, loved, loved it. I may just read it again!

I only started reading this because I signed up for an English Literature class that featured Horror and this was the first book we were required to read. I probably would never have picked it up otherwise and yet… look. It became my number one read of 2020! Whoda thunk it? There’s a reason this is a classic, folks. If you’re a fan of the movies, forget about them! They are practically two different stories! The creature isn’t some dumb brute and, in my opinion, isn’t the real monster here at all.

Wrath and Ruin by C.W. Briar & Shadows in the Witching Glass by Thomas S. Gunther

Two very different writers with very different story subject matter to share. Briar leans very much into dark fantasy and sci-fi while Gunther approaches with a much more twisted psychological horror angle. Both are very good, and I enjoyed the majority of the stories each presented in their collections. You can read my full reviews for both of these at the links below. Honestly, can’t pick one over the other due to the vast differences between the genre choice, but if forced into it, I’d have to go with Gunther’s work merely for the fact I prefer Horror over Fantasy-SciFi in general.