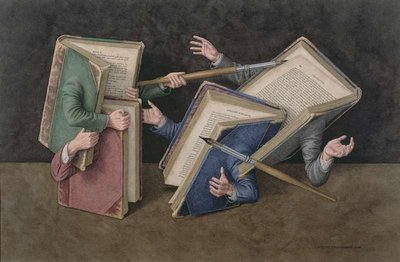 As I begin to write this, the rising sun is shining directly in my eyes, but I refuse to cross the room and move the drapes slightly to the left. Why? Because I live in the Northeast United States and haven’t seen much sunshine since November. It seems a sacrilege to close the drapes and block out what I miss so much. It’s March now and I can hear birds chirping this morning instead of cold winds whipping around the corner of the house making the evergreen shrub thrash against the old clapboard siding. The Weather People say it’s supposed to get up to 60F later this week. That should wipe out all but the most stubborn of snow piles, at least until next November rolls around anyway.

The end of February found me going under the knife again – hopefully for the last time ever – to have the hardware taken out of my left clavicle that was put in there back in November of 2019. I’m nine days post-op and ready to get these damned stitches out on March 10th. Despite the discomfort, I can honestly say, it hurts a whole lot less now than it did on the 26th when I went in! And no, the motorcycle still isn’t fixed or fit to drive. Poor thing.

I made some good progress on the next Barnesville Chronicle last month. Death at the Devil’s Elbow is set in Owen and will see the return of everyone’s favorite witchy librarian, Nell Miller and her favorite niece, Angela Jennings Bishop. This time around Nell and Angie are helping investigate the local haunted hot-spot, the Devil’s Elbow, where a grisly and ritualistic murder has taken place. The isolated hilltop location has been home to a variety of failed businesses, the last of which was a stripper club called Naked Truths. Being as the settings for the Barnesville books are all taken directly from the small town and villages around where I grew up, a mere thirty-five miles from where I now sit, this may be the last Barnesville Chronicle written so close to the real-life scene of the crime. The times they are a’changin’ soon – but we’ll talk about that in a later post.

I managed to read two books by female authors in February for Women in Horror Fiction Month, Horror, She Wrote and The Hag Witch of Tripp Creek. You can check out my reviews over on Goodreads. I also wiggled my way into an interview at Rebbie Reviews for those keen on possibly learning more about me than you already do.

My March reading has kicked off with House of Skin by Jonathan Janz. So far, so good. This will be followed by Hunter Shea’s Slash.

March also means spring, though some of our worse snowstorms have been known to strike in March, I’m going to say it’s not going to happen this year and hope for the best. My dad, my grandmother (you know – the one who selected and bought me a Ouija board for my 13th birthday in addition to the vampire books I had initially picked out), and my daughter were all born in March. It’s a good month. Adding to the good things March has going for it, my second Children’s Book, Bill The Worm Meets Carl Crow, was released last week on March 1st.

I’ve already finished the illustrations for the next Bill the Worm book that comes out in late September of this year. Of course, me being me, I just had to have Bill love Halloween! Bill the Worm has an important decision to make about all that! I’ve also started writing the story for the fourth Bill the Worm book. Once the weather is warmer, I’ll be more in the mood for writing and creating.

Bill the Worm and The Devil are both nudging me in the Writing Wribs equally as hard these days. Should be an interesting battle over the summer! LOL.

A brief blog post to be sure, but it’s better than nothing!

In the meantime, I hope you all are doing well out there, staying safe, staying healthy, and hopefully looking forward to a much more normal year ahead.