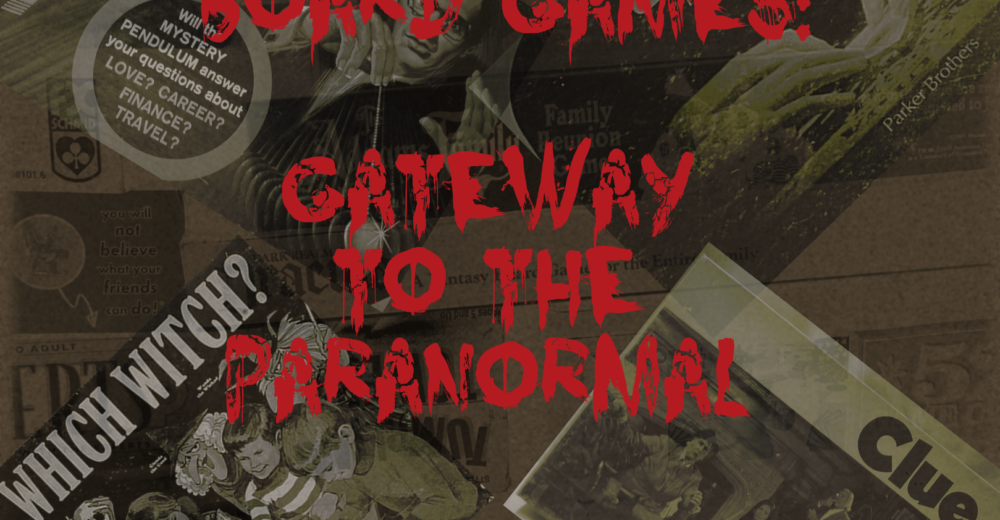 Like most kids growing up before the days of cell phones and Netflix and decent home video game consoles – I played a lot of board games with my family and friends. In fact, one neighbor and I probably played board games more than we played outside. It was our jam and I loved spending that hour or two at her house a couple nights a week competing at Boggle or whatever it was she chose that night. It was always fun spending time with her no matter what antics we got up to. I miss those days immensely. 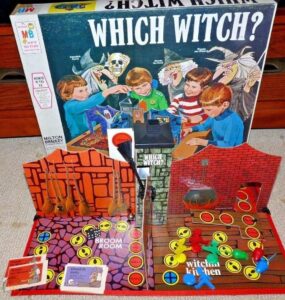 At my house, we had dozens of board games to choose from. Monopoly was always big, as was Don’t Break The Ice and Operation. My brother and I played a ton of Battleship. There were also the more complicated ones that required careful setup and pre-planning, things like Mouse Trap, for instance. For Ice Cube you had to plan the night before because your playing piece was an actual piece of ice! Although Clue probably remains my favorite board game of all time, my favorite build-it-before-you-can play-it game was always Which Witch. Perhaps a theme was beginning to form.

In 1979 a new board game would enter my life compliments of my maternal grandmother, who not only bought me the game but taught me how to play it. It would open a whole new world and start me down a path I was already beginning to have a keen interest in. It’s a game that most would argue, myself included, isn’t a game at all and it’s not something you play in the normal way.

It was my 14th birthday, and I was in Florida staying with my grandparents over the winter break from school. Grandma decided to take me shopping for a birthday present and as we walked into the department store, she told me to go and pick out whatever I wanted. Always an avid reader, I headed over to the book section hoping they would have something good. I don’t remember exactly what I chose, but I do remember locating my grandmother with my hands full of horror books. She scowled and shook her head. “Oh, you don’t want those,” she said disapprovingly. My heart sank. She’d said anything I wanted. This is what I wanted. “Let me show you what you want.”

Disheartened, I sighed and followed her to the toy section then to the board games (internal groan). Grandma selected a game and handed it to me. “This is what you want.” It was William Fuld’s Mystifying Oracle, a Ouija Board. She smiled and winked. “You can get the books, too.”

After dinner that night, Grandma got the board out of its box. “Let me show you how this works,” she told me. We placed it on a footstool in the living room. I sat on the floor while Grandma perched on the edge of the sofa. Grampa, mind you, had no comments on any of this, at least not verbal ones I can remember. He did shake his head and roll his eyes at least once, though. It was clear where he stood on the matter. 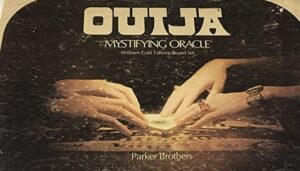 And so began my first lesson on the ways of the Ouija. I can’t tell you details, what was asked or even if we had any success in the matter. What I can say is that to the best of my memory, those few days in Florida were the only times I ever used the Ouija with her. I regret this beyond words!

Why weren’t there more sessions? Why didn’t I take my board to her during the summer months when they lived right next door and ask her to use it with me? Why didn’t I ask her more about her motives for getting me a Ouija board in the first place? There are so many questions and so few answers about who Grandma was and what she believed.

Grandma was a kindly, Christian woman who read romance novels, canned her own vegetables, and crotched. She was short and round, loved to laugh, and wasn’t afraid to have a cold beer or two or three now and then. She certainly was not someone interested in vampires and witches and all the spooky things I was – except for the ghosts.

I know she believed in ghosts as she told me a couple of firsthand experiences she’d had. I also know she visited the Spiritualist camp located in Freeville, New York which is less than twenty miles from where I grew up and only thirty miles from where I live now. I remember going there with her at least once during the day and seeing all the guest cabins and the church. The camp, or at least the church, still exists today and is now known as the Temple of Truth Church. My mother also remembers visiting the camp when she was younger. Back then I never put together that Spiritualism is a form of Christianity. It would take a very long time before I came to understand that.

As for that Ouija board, I’m sure you’ve heard the Horror stories out there, but those tales are not like mine at all. It got a lot of use among myself and many, many friends; Sherry, DeeDee, Diana, Candy, and others and I would all use it. I’d go on to use it with my first husband on nearly a weekly basis for many, many years. I even used it alone on numerous occasions. None of us ever became possessed by anything evil (or good, for that matter). The planchette never went crazy or flew across the room stabbing itself into the opposite wall. No demons were raised. No portals to Hell, fiery or otherwise, were ever opened. At least not that I am aware of.

It was a tool and apparently my grandmother taught me well enough during those first few sessions to respect it like any other tool. Use it wisely, use it carefully, and nobody will get hurt. Using the Ouija took me down some pretty strange paths populated with spirit guides, non-human entities, and random folks who just wanted to have a word or two with us. Going into details beyond that would be far too long and complex to get into here nor do I want to.

I still have that Ouija board. It’s tucked in with all my other board games and, sadly, hasn’t been used in close to twenty years. I should get it out again one of these days. Maybe for Grandma’s birthday this month. I’ve never tried to contact her on it. Wouldn’t it be cool if I could reach her on her birthday with the very same board she bought me on mine all those years ago?

As most writers do, I have incorporated a lot of myself, events, and people of my past into my work. As a Horror writer, this has made for some interesting fictionalizations of things that really happened to me or to people I know well. The greatest amount of this practice can be seen in The Barnesville Chronicles. So far, this series contains three distinct stories told through four books.

Secrets of the Scarecrow Moon, originally titled Blood of the Scarecrow and published in 2013 by My Green Publisher, was re-released by Ardent Creations in 2016. In this Murder-mystery with strong Horror overtones, we are confronted immediately by a ghastly death. The body of a local elderly man is found crushed beneath a headstone in the town cemetery. Though the kids of the town tended to fear the deceased due to his eccentric ways, he had no known enemies, certainly nobody wanted him dead, and therefore, law enforcement deems it accidental. However, upon closer examination, a clerk, Angela Jennings, who works for the lead investigator and who grew up in Barnesville, where the man also lived and died, begins to suspect something is amiss.

The character of Angie was vaguely based on the daughter of a friend of mine when I was growing up and with whom I used the Ouija board many, many times. Angie’s name is a combination of my Ouija board-gifting grandmother and my friend’s daughter, name wise as well as some of her interests. Angie also plays a major role in That’s What Shadows Are Made Of, the following title.

Although, to date, none of my characters have dragged out a Ouija board and tried their hand at communicating with the dead through it, rumor has it that something of that sort may be happening in the next Barnesville Chronicle, Death at the Devil’s Elbow which has been in progress for far too long, another murder-mystery infused with a heaping helping of the paranormal, Horror, and a real, allegedly haunted location called, that’s right, The Devil’s Elbow, that I grew up hearing stories about all my life! Ah, the weirdness of my childhood.

My first Horror-related release since The Inheritance back in 2020 is making some headway. Not Your Grandma’s Fairy Tales is being put through its paces with a proofreader and if everything runs smoothly, I’m hoping to have that out to you all this fall. It’s a collection of seven twisted fairy tales, 200 pages long, that I’ve been writing since 2005. I’m not a big writer of short stories and usually only write them as they come to me, and certainly not all of them are fairy tale-based. But, after all this time, I’ve finally managed to finish the final two last year and am looking forward to sharing them with you all soon. Stay tuned for a cover reveal soon and then a release date around late August or early September. 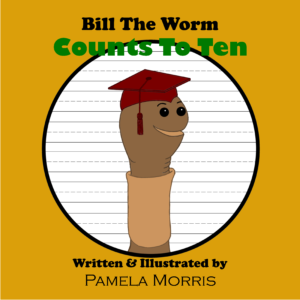 And finally, I am happy to announce that my next Children’s book, Bill The Worm Counts To Ten is scheduled for release March 21.

Here’s a link to the trailer to whet your appetite.

Speaking of Ouija boards and seances and the like, you might enjoy The Big Seance Podcast featuring Patrick Keller. New episodes are put up roughly twice a month and feature all manner of paranormal discourse, news, and interviews. Give it a listen. I’m sure you’ll find something of interest.

Another very fun podcast I’ve recently found is Witches, Magic, Murder, & Mystery. I started listening to it on Spotify but have since found it on YouTube. Kara and Meagan are big fans of True Crime and are a riot to listen to. They never fail to make me laugh while telling me one creepy, weird, demented story after another.

If you’d rather read, I’d like to suggest The Apparitionists by Peter Manseau. It’s non-fiction and discusses the history of Spirit Photography as seen through the lens of probably the most famous (or maybe infamous would be a better term in this case) of them all, William Mumler.

Thanks for stopping by and I’ll chat with you again next month about a topic my dad got me interested in – tombstone iconography! Until then – stay safe, stay healthy, & stay spooky!