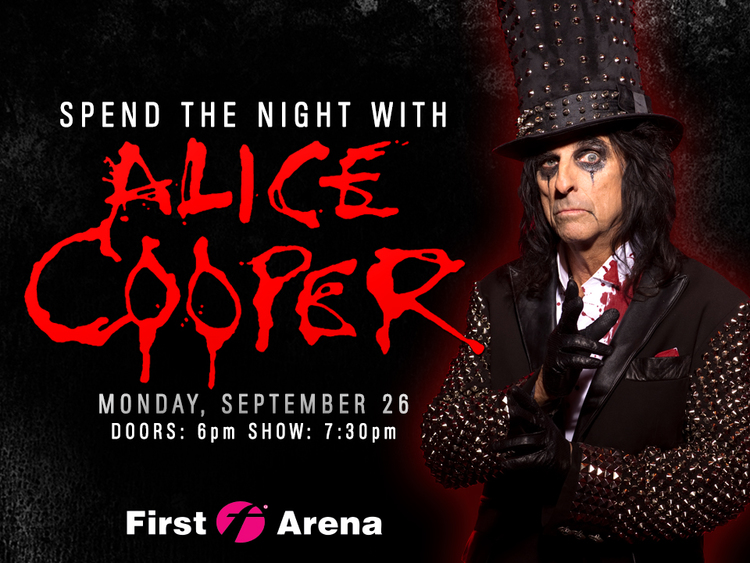 … and for a mere $725 I can get a front row ‘INSANITY PACKAGE’ for a once in a lifetime experience. Now, I like Alice Cooper just fine. In fact, funny story, one of the odd things future hubby (11 days to go) and I have in common is that we’ve both dressed up as Alice Cooper for Halloween. And we’d love to experience his brand of theatrical musical madness in the almost intimate theater (less than 4000 seats) he’ll be performing at next month less than an hour’s drive from our front door, but… $725?!

The Insanity Package does sound pretty damn awesome, I’ll give you that. 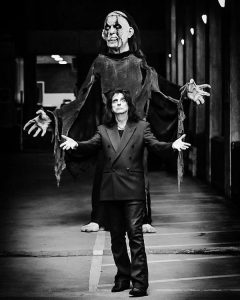 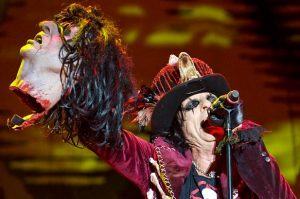 I’d be happy with a couple of those Gold Circle ($75) tickets. First ten rows ain’t too shabby. Again, small venue. We’d be right up there.

Sadly, as with so many things we want to do in life, the timing is bad.

Almost-Hubby had this to say: “Let’s spend the $1450.00 for the two of us on a guitar and Amp and I’ll put on a top hat and play School’s Out.” Now, I’m not negating the musical abilities of my Old Man, but I fail to see where I’d get as much enjoyment out of this idea as he would. 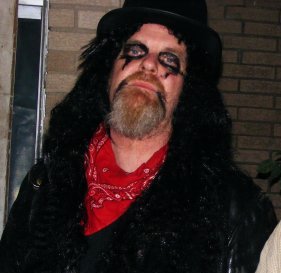 Where’s the boa constrictor? Where’s the guillotine? Where’s the straight-jacket, the smoke, the baby dolls, bloody dismembered body parts and the gallows?! Really, Jim? You think I’m going to fall for this just so you can get a new guitar and amp? I love you, darling, but… no. Besides, my favorite Alice Cooper song is Welcome To My Nightmare, not School’s Out.

It’s pretty clear at this point neither one of us will be spending the night with Alice Cooper any time in the near future. Which, kinda sucks, but whatcha gonna do? That’s life. We all wish for a lot of things and as much as I wish this could be a thing, it  won’t be and I’m not going to lose any sleep over it.

Though probably not as outlandish as an Alice Cooper show, our honeymoon is looking like it will be quite the experience, or as we like to call these sorts of things, An Adventure. I finally read the pamphlet that came with our cabin reservation confirmation letter last night to discover that the cabin we reserved on the St. Lawrence up in the Thousand Islands has no A/C, nor are you allowed to sneak in an A/C unit. A fan it is! I hope this hazy, hot, and humid heat wave we’ve been having this summer breaks by then. And though they have cable, they don’t have televisions in the cabins. WiFi is available, but the lady I spoke to wasn’t sure if it reached as far as the cabins. So, we’re resigned to maybe taking along a collection of bad B-movies and renting some porn to watch on the laptop. I think Alice Cooper would approve of those choices. We’re going to wing it most of the time because as much as I do like to plan, being spontaneous can be just as much, if not more, fun!

“If you confine it, you’re confining a whole thing. If you make it spontaneous, so that anything can happen, like we don’t want to confine or restrict anything. What we can do, whatever we can let happen, you just let it happen.” – Alice Cooper.