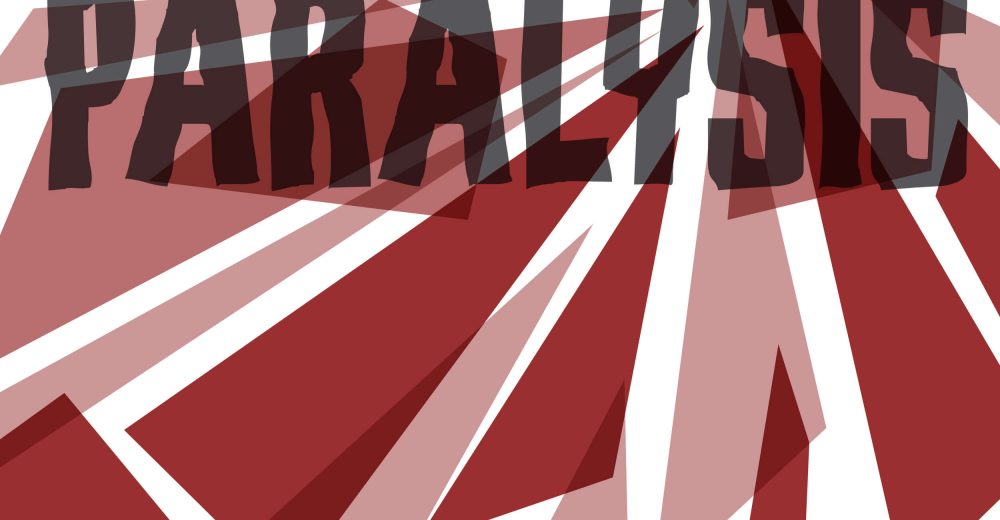 For the month of April, I’m pleased to bring you an interview with ‘Dark Comic Horror” author Isaac Thorne.

I found Isaac’s work through the wonderful world of Twitter and now it’s time to share all that with you! Take it away, Isaac!

I’ve known since I could read that I wanted to write. The very first thing I ever remember writing of any depth was an essay about overalls and why everyone should wear them. I think I was just a 6-year-old at the time. I went to a small rural elementary school where “Overall Day” was once a thing. Naturally, I didn’t write often or well in those days, but it was the spark that I attribute to this flame. 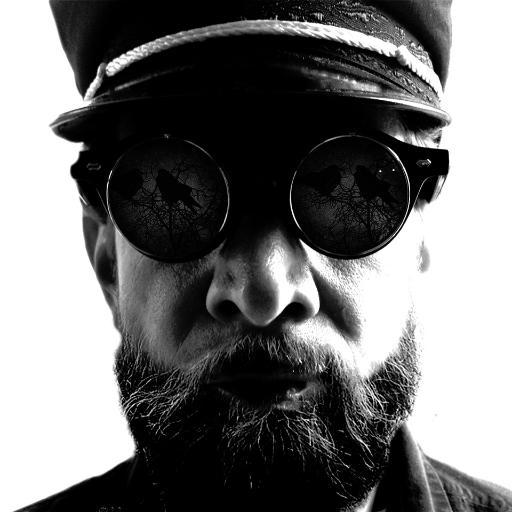 I came up with the tagline of “Short Tales of Dark Comic Horror” because I thought it was the best way to describe what I do in the shortest amount of space. First thing’s first: I primarily write short tales. I like novels. I read novels. But I love short stories, especially horror shorts. Stephen King once described novels as a long love affair and short stories more like a kiss in the dark from a stranger. I think that’s what I like about them. There’s more exposition that the reader will fill in with his or her imagination in a well-told short tale than a novel.

The last three words of my tagline are “Dark Comic Horror” because I always try to mix an element of comedy into my work. Let’s face it, Freddy Krueger probably wouldn’t have had sequel after sequel after sequel if he hadn’t become such a master of one-liners. Scary is great. Horrific is even better. But if you don’t bring some comedy into your tale, you’re missing out on one of the easiest ways for your story to connect with other people. The dark comedy is also my way of letting the reader know that I’m in on the absurdity of some of what I write. I’m not typically writing some kind of inside political rant or trying to convey a message with my stories. I just want to make you laugh a little, shudder some, glance over your shoulder a bit, and scream. Hopefully.

The horror element of what I do is my favorite part, though. It’s the genre I fell in love with a long, long time ago while I was listening to my grandmother’s old Alfred Hitchcock “Ghost Stories For Young People” album.

Thank you! I found out just recently that not only is “Diggum” the screenplay an iHorror nominee, but that it also won the honor of the 2017 BEST VIOLENCE award from Chemical Film Festival. I’m happy about that. It’s nice to have your blood, sweat, and tears recognized on occasion.

As you mentioned, “Diggum” was originally a short story that I released in ebook and audio book form back in October of last year. It’s about a cemetery caretaker who feels that his innocent wife and son were at the end of a raw deal with God after their corpses were burned up in an accidental fire. According to Diggum’s religion, their bodies can’t be resurrected for Judgment, and they are therefore lost forever. Diggum doesn’t think that’s fair, so he sets about a plan to get even with God for the slight. I wrote the story and then recorded an audio book version of it myself.

The reception to the audio book was surprisingly strong, so I started then to wonder whether I might be able to translate it into a screenplay. Specifically, I was thinking about what I call a “semi-animated” short. The way I envisioned it was a series of line drawings in the Robert Kirkman “Walking Dead” style. Those stills would have frames of minor movement in them to illustrate what was happening, but the story would mostly be in Diggum’s telling of it.

As tried to set that down, I discovered that what I was really doing was painting a slightly different visual perspective on the story. It’s hard to describe, but adapting a narrative work into a screenplay is, to me, more like painting than writing. Sure, you use active verbs and descriptive powers in a narrative, but when you’re describing a scene in a screenplay, you tend to get more specific about it. The actions and visuals in the screenplay tell as much of the story as Diggum’s narration. The visuals in my head while I was writing the screenplay were entirely different than the sketches in my head while I was writing the narrative.

As much fun as I had adapting “Diggum” and as much fun as it is to use iMovie to make my book trailers, I don’t really have any aspirations to become a filmmaker. I’ll leave that to people who know more about what they’re doing. As a matter of fact, three of my stories have already been adapted into screenplays by My Little Rascal Film Productions. They hope to begin production on those shorts this year. I think the one screenplay and the trailers are enough for me now. The trailers are relatively easy to make because I use iMovie, clips, and music that is either licensed creative commons for commercial use or in the public domain. My role with iMovie then is stitching all that together and coming up with the text.

That’s always a possibility. An abridged version of the “Diggum” audio book was actually presented at Carmen Online as well. Liane Moonraven is probably the reason I even attempted to adapt Diggum into a screenplay in the first place. She introduced me to scriptwriting for audio theater. The platform we used for “Because Reasons” also allows you to write screenplays and teleplays, so I just took what she taught me and ran with it as best I could.

Although I don’t do outlines when I’m writing short tales, I actually do have an outline created for a full-length novel. Novels aren’t really where my interests lie, though, so I’m sitting on it for a bit. If I’m going to write a novel, I want it to be the best novel I can possibly write at this point in my life. Therefore, I’m probably not going to go headlong into it until my heart and head tell me they need to do so.

All of my short tales are stories that I felt like I needed to write. There was no waiting for inspiration or ideas; no making an effort to make something up. I just had the idea for a scene and set about trying to craft a story around that scene. I find that allowing myself to be ready to sit down and write a story works better for me than trying to force myself to do it. 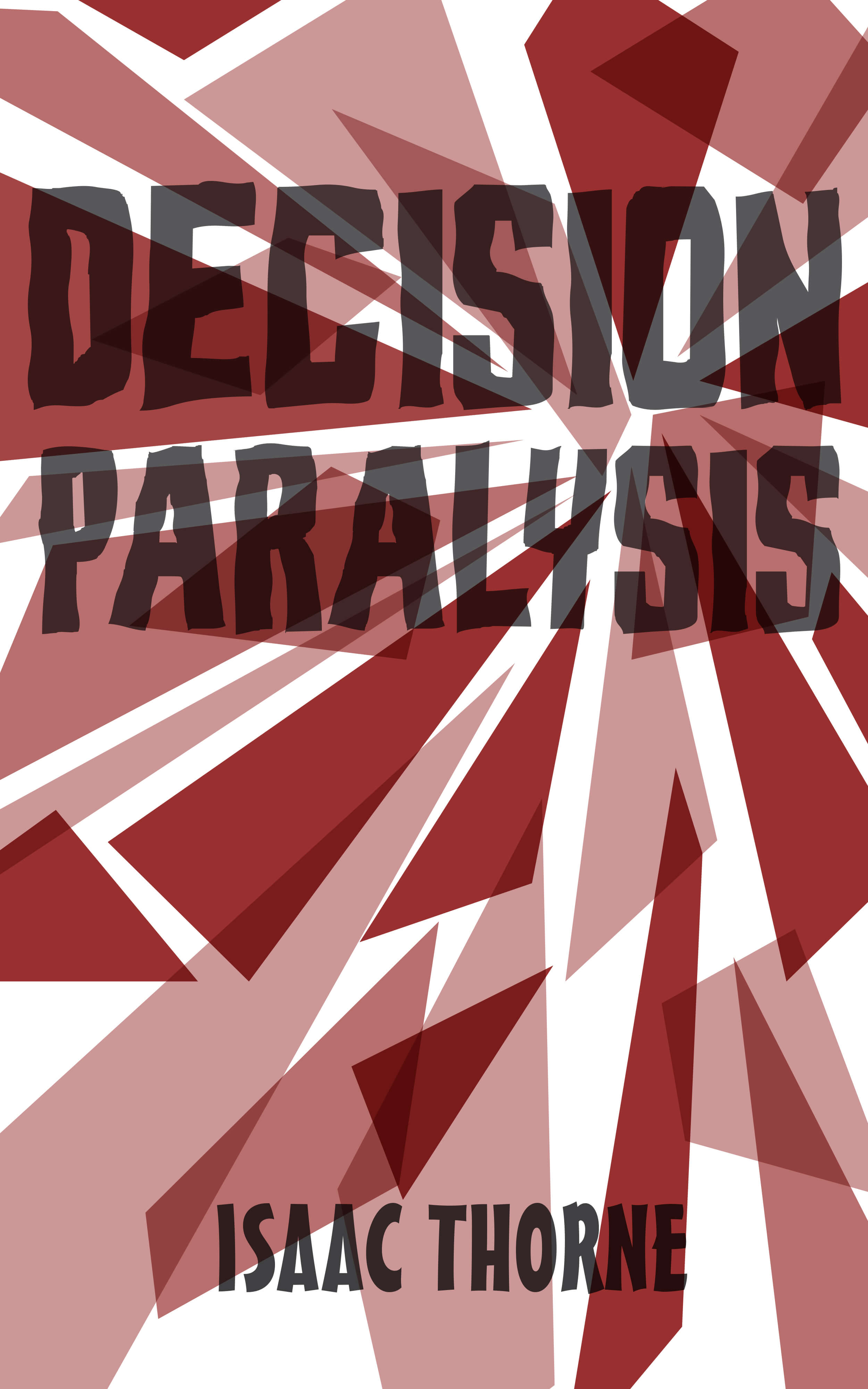 I’ve just released a new short tale of dark horror titled “Decision Paralysis”, which is available from most ebook retailers and as an audio book. In the fall of 2017, I’ll be releasing a collection of short tales in ebook and paperback formats. The collection will include most of the stories I’ve already released plus a few that  no one has ever seen before.

Readers can find me on Twitter and Facebook under the handle @isaacrthorne. Those and my other social media links are also available from my web site: www.isaacthorne.com. My ebooks can be found for Amazon Kindle, Barnes & Noble Nook, Apple iBooks, Google Play, Kobo, and Smashwords. Audio versions of most of them are also available at Amazon, iTunes, and Audible.com.

Thanks so much for the interview, Isaac! I’m looking forward to reading more of your work.