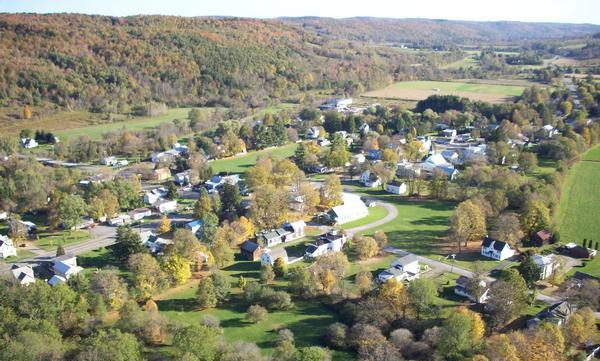 For the past thirty years I was fairly sure I’d grown up in the 1970-80s real-life version of Mayberry, USA. It was a quiet, idyllic, free-range childhood. Summers were spent walking the creek beds catching crayfish and stuffing them into a Pringle’s can only to free them further upstream. It was the thrill of swimming in Snapping Turtle Infested waters, camping in backyards, and riding our bikes down the steepest, most twisted road in town. It was racing to the R\R tracks with a shiny penny in hand when we heard that train a’coming, followed by the frantic hunt to find whose got squished the flattest. It was all the town kids gathering together after dark, unsupervised, setting our own rules and boundaries for a game of Hide-n-Seek or *Commander Tag.

I say I was fairly sure I’d grown up like this, but after attending Saturday’s ‘Blueberry & Books Festival’ in my hometown and visiting one of the haunts I frequented back in the day, I’m starting to wonder what was actually real and what is imagined.

The setting for my first murder-mystery, “Secrets of the Scarecrow Moon”, is the fictional version of my hometown, Berkshire, NY. Nell Miller, the town librarian and a main character, lives in a small, two-story apartment  attached to the library. She also runs the town’s history museum that is upstairs from the library. Unlike most kids, I spent a large portion of my Friday nights at the library hanging out with Mrs. Leonard the librarian. I was there a lot! I went up to the museum a fair amount of times, too. The library was a safe haven. Ah, I remember it all so clearly.

When writing “…Scarecrow Moon” I closed my eyes and brought to mind every nook and cranny I could remember of the library. The little apartment that always fascinated me, the front entry,  the small section of Children’s books front and center as you walked in, the larger section to the left where I did all my browsing, and the research area with its wall of card catalog shelving all sprang to life in my mind’s eye.

One day as I was driving by on my way to my mom and dad’s, I looked fondly towards the library and realized, “Hey, there’s only one level to the little side apartment section.” How, odd. No matter. It’s fiction, but I could have sworn there was an upstairs to that. 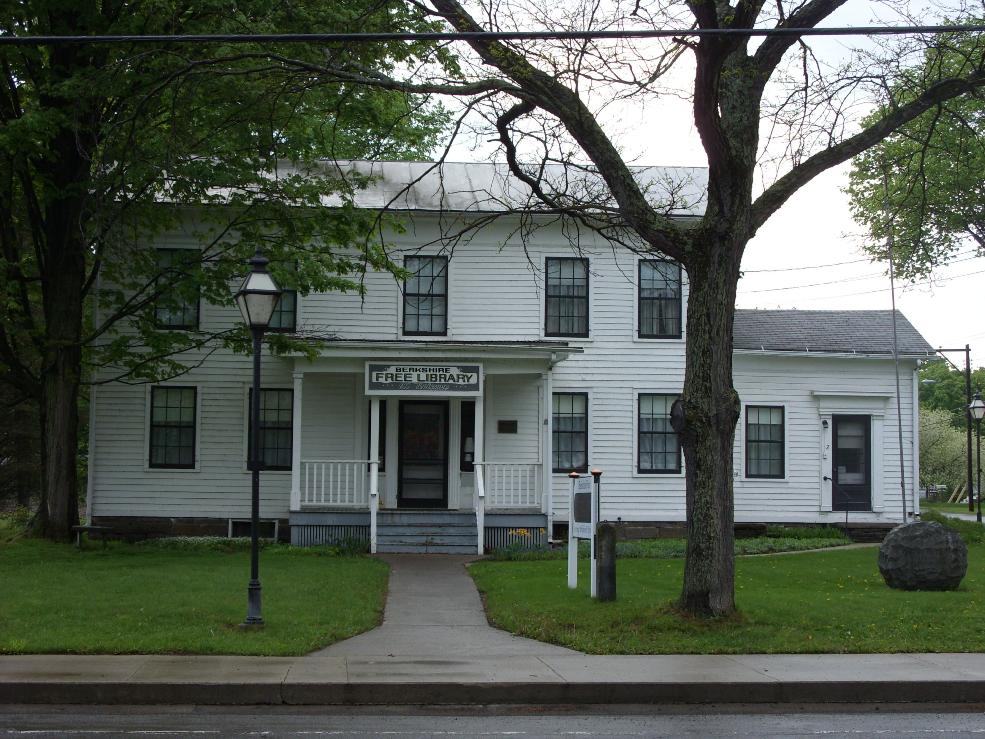 Yesterday, after a thirty year absence, I was able to visit the library once again while the crowd was at a lull and one of the library workers offered to sit at my author table to keep an eye on my things. I walked in, the thrill, the nostalgia, the sheer wonder of… where the hell am I? Is this even the same place?  Yes, yes, there’s the familiar front door and the desk it right where Mrs. Leonard always had hers. And over here to the left are the larger stacks. Okay, well, those shelves are metal now instead of the wonderful, dark wood ones I recall, but that’s progress. In front of me is, not the Children’s Book section at all. The Children’s section had been expanded back into another room I never even knew existed. The research area with the big table and card catalogue was now full of more shelves and books and… No, say it ain’t so! The little apartment is gone! GONE! I wandered in slowly, and slightly horrified, at what should have been Nell Miller’s living quarters. It was about a quarter of the size I thought I remembered and so, yeah, where are the stairs that go up to her bedroom and bathroom? That’s right. No upstairs. This is reality. *sigh*

But, the museum, surely, SURELY that’s the same, right? Wrong.

The stairs were in the same spot. That was a good sign. I headed up, smiling, my hope renewed. I swear to God the place has shrunk. What’s up with that phenomenon? They say it’s because you were so much smaller\younger, but I’m the same height I was back then. It’s not like I was five years old the last time I was there. Anyway…

That big room where the Scarecrow stands guard at the top of the stairs in the book? Nope, not there. How about those two big rooms laid out side by side, one at the front and one at the back and all those display cases and the door that connects them on the far end so you can walk through and loop around? Nope, sorry, kids. That ain’t so. Well, damn, my brain has been lying to me. And if it lied to me about this place, what else do I have wrong? What other parts of my Berkshire-berry USA childhood are fictional? 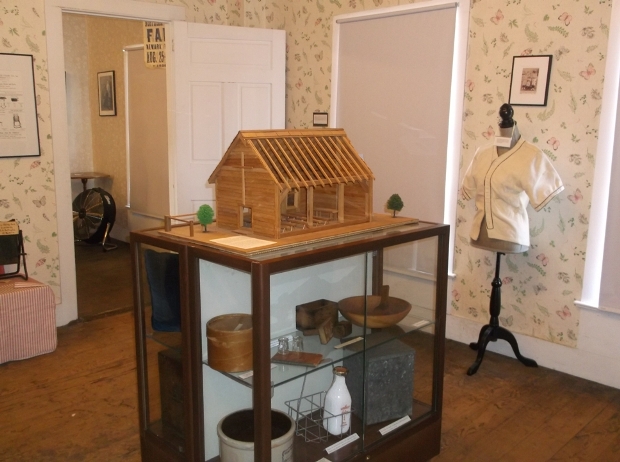 One of the museum rooms upstairs in the library.

Did we really walk the creek and put crayfish into Pringle’s cans? Did we really swim with Snapping Turtles? Those trips to the pond in the middle of a farmer’s field to go ice-skating, those really happened right? What about the time our toboggan of five went barreling over the cliff and into the freezing water of the creek below? I know thirty town kids plus played Tag and Hide-n-Seek on those long, hot summer nights, but could I produce any witnesses to this? What about the rotten apple fights we had in Slate’s back yard!?

My mind reels. What I thought was reality, maybe wasn’t! If it wasn’t, then where was I and who was I actually with all those times? Aliens? Or maybe, just maybe, it’s all a Barnesville conspiracy. Maybe what I wrote about isn’t fiction at all. Maybe that’s the reality, not this here and now place that’s messing with my old, forgetful brain. Could innocent Mrs. Leonard have put something in my cup of Kool-Aid during Summer Movies in the library basement? I mean, after all, Nell Miller’s grandmother was good friends with the librarian from Nell’s childhood, and Nell’s grandmother was some sort of witch, so it only stands to reason … .

I guess my fiction is a lot more fictional than I thought it was!
Life … strange punches.

*Commander Tag. I probably have the name of this game wrong, too! This was played on the baseball field located in the center of town. The Commander was chosen and would stand on the pitcher’s mound. Everyone else gathered around. He or She would then cover their eyes and count  just as one would do in Hide-N-Seek and also like H-n-S, the rest of us would scatter in all directions. Hiding, however was optional. The Commander was not permitted to step beyond the baselines, instead, the players would slowly start to inch their way in an effort to reach the pitcher’s mound without being tagged. If you did so, you were Free and would head over to the bleachers to wait out the rest of the game. If you were tagged by The Commander, you became one of the Soldiers and you joined his forces to tag other players as they came in. The longer a Player waited to make his move, the harder it was to reach the pitcher’s mound. Good times!