As anyone who follows me knows, there’s a sacred place in my heart for crows.

For the past three-plus years I have fed and even earned a small level of trust from a small murder. What started as two (dubbed Elvira and Edgar) grew to three (Sunny) with an occasional forth (Unnamed). This year, that number went up to six when two fledglings joined the group. They were quickly dubbed Ruckus and Rowdy because they were so darn noisy as they followed their parents around begging for food.

Sadly, today it went down to five. I found one of my beautiful friends dead in the neighbor’s yard. No marks of any kind on it. Not a feather out of place. Not a drop of blood. I wonder if maybe it simply died of old age. His/Her family flew over and circled several times, clearly very upset and cawing loudly.

I knew I couldn’t just leave my dearly departed where it was to be ripped apart by some other creature or worse, have the neighbor get hold of it and just chuck it heartlessly into the nearby brush pile. (The house in question is actually vacant. A fire gutted it about five years ago and it has been in the process of being rebuilt ever since. However, there is a person who mows the lawn and construction workers do show up from time to time to work on the place.) I could all too clearly see one of these people not respecting ‘my’ bird and that was just unacceptable. 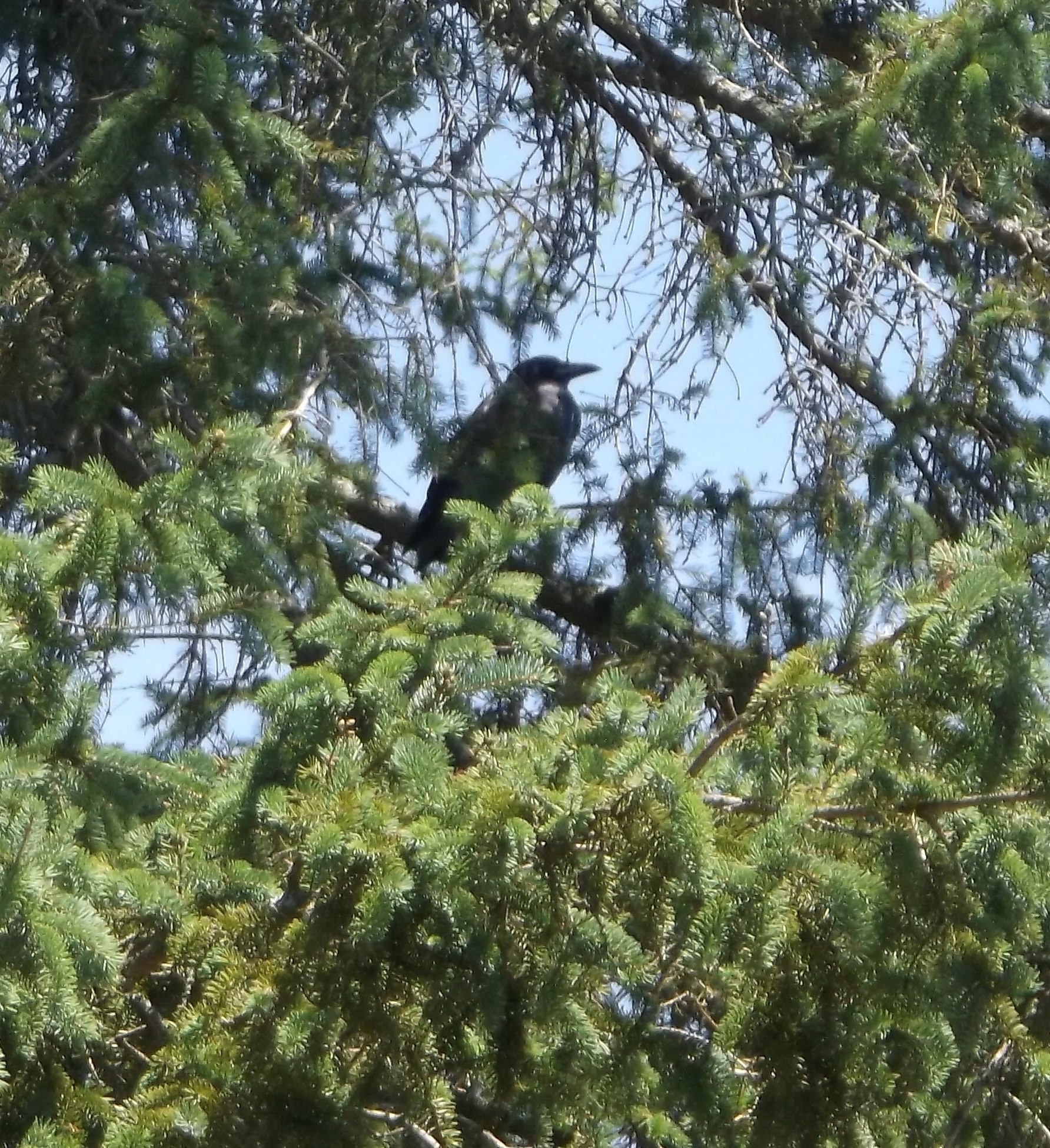 One of ‘my’ crows in their favorite pine tree.

With a heavy heart, I got the shovel from the garage and dug a hole under the pine tree where one of their numbers would often perch to call me out for peanuts and crow chow (aka high quality cat food). From this tree, too, they would wait and watch until the coast was clear before flying down to eat.

It doesn’t matter that I don’t know which of ‘my’ birds I buried this afternoon. I was sorely tempted to pluck a feather from its wing as a bit of memento mori, but I simply couldn’t do it. Its life had already been taken. Taking even more felt wrong.

As I placed it in the ground, tears welling up, I looked into its eyes and told it how beautiful it was and how much joy it had brought me. I thanked it for trusting me even if only a little bit and how dearly it would be missed.

These birds are not my pets. They are wild and free to come and go as they please, but that doesn’t lessen the affection I’ve grown to have for them nor the sadness I feel at losing even a single one.

To Learn More About Crow Funerals: