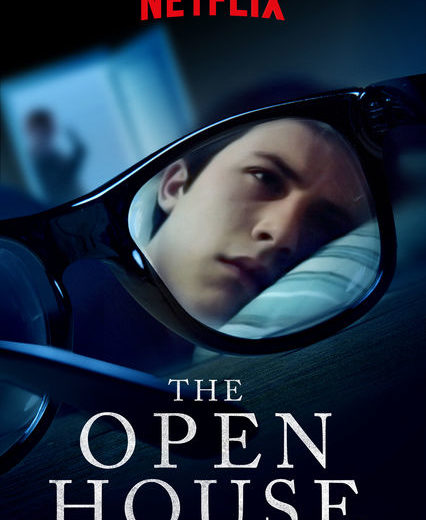 I went into this film completely blind. I didn’t watch the trailer. I’d only heard about it from another Horror movie fan in passing. Honestly, I don’t even remember what they said about it. I only remembered the title.  I had no idea whatsoever what it was going to be about and didn’t read a single review.

After the sudden death of his father, Logan and his mother, Naomi, move into Naomi’s sister’s vacation home in the mountains to get away from it all and try to rebuild their lives. The house is huge and gorgeous. Only problem, it’s also for sale. The Sunday after the mother and son move in, there is to be an open house. The realtor sends them off for the day and tells them in no uncertain terms to not return until after five o’clock. While they are away strangers come and go. Upon their return, the realtor’s assistant is still in the house doing a quick, last minute walk-thru. He hurries away as soon as he finds out they’re back.

Shortly after, the weirdness begins. Logan hears strange thudding sounds coming from the basement but finds nothing and no one down there when he investigates. The water heater, also in the basement, keeps shutting off. The two local people Naomi and Logan have met seem to have an unnatural interest in what’s happening at the house. One neighbor, Martha, appears to be lying about the death of her husband. Another is found prowling around the outside, peering into windows. What’s going on here? Who are these creepy people and what’s up with the water heater? Even when the police are called in they don’t seem too concerned or interested in what is obviously breaking and entering. They chalk it up to just some neighborhood kids having a bit of fun.

I had no hopes going into this beyond what anyone would hope for in a movie – to be satisfactorily entertained and I was to a degree. It’s far from the greatest things since sliced bread and the red herrings thrown in to keep the viewer off track on who is really causing all the problems were well done. Unfortunately, the viewer is never given a solid solution or explanation of the goings on. There seems to be a lot of backstory missing about the house, the neighbors, and maybe even the neighborhood in which is stands. We never find out much of anything and are just left with a wide open sore. You almost get the feeling that this is not a simple case of home invasion, but that the entire town is somehow in on it, but you’re never told why if that’s the case. The ending was full of one predictable cliché after another.

It’s wasn’t a TERRIBLE movie or what I feel to be a waste of 90 minutes, but it fell pretty flat when it comes to offering a satisfying resolution and stepping outside your standard Horror tropes.