For the month of March, I bring you an interview with B.W. Morris, a YA Author whose first novel, Six Pack: Emergence, comes out later this months. And no, Bob and I  are not related – at least as far as we know we’re not.

1. Every writer has a story on how it all began for them. When did you first begin to realize you had a knack for story telling and as there someone that influenced\encouraged you down the path of being a writer? 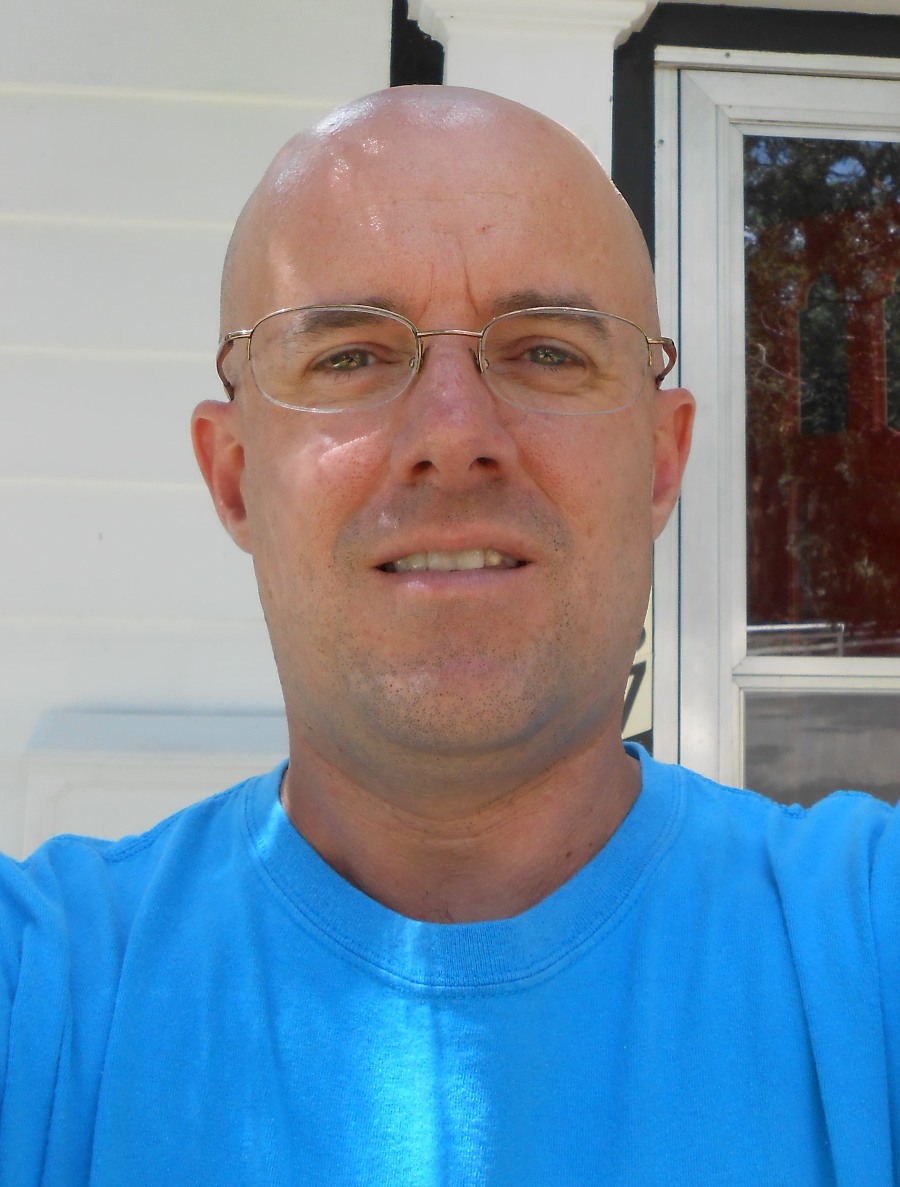 Well, I’ve always liked writing. And I’ve always been a creative person, but I don’t think I realized it as much as I probably should have. When I was younger, my imagination tended to wander about, but as I got older, I realized the gift I had for writing, I thought more about writing for the school newspaper and that’s when journalism entered my mind. But after I entered that field, I found that I had a knack for creative writing, which I explored in my spare time. Further into my adult years, I became more true to myself of who I really was — a comic book geek.
So as I watched multiple TV shows and movies in the superhero genre, I came across a series called Young Justice and really liked how the storylines were woven together and how the characters developed and interacted with each other. I had ideas brewing in the back of my mind about my own superhero team, but wasn’t sure about a setting or what challenge they would face.
Then I came across The Hunger Games… saw the first film before I read any of the books, but once I read the book, I was drawn into the story. I went back to thinking about my superhero team up, thought about the dystopian environment in which The Hunger Games is set, and that’s when I realized I had a story idea.
So I sat down on several occasions, writing about character ideas and plot points. A few months after I settled into a new job, I put together a first draft, sent it to a friend for feedback and got some positive remarks (and plenty of critiques about what I needed to do to get better). That’s when I finally realized I had that knack for story telling, too. From there, I explored more ideas about the writing process, editing, critique groups and other things, and it grew from there.
I think I always had the knack for storytelling… I just needed to embrace my inner geek, my overactive imagination and put both to good use!
2. They say author’s often put themselves into at least one of their characters in every book. Is this something you’ve experienced? If so, which of your characters do you feel most resembles yourself?
All six of my principal characters have a little bit of me in them, but the one who most resembles myself is Tyler. He’s curious, he likes to read, and while he has leadership skills, he’s reluctant to apply them. But I did take my other personality traits and put a little of each into my other characters… Jessica has my stubbornness, Brad has my skepticism, David has my shyness, Stacy has my “try to keep perspective” vibe and Linda has my impulsiveness. And, yes, when you combine those traits, it makes for an odd personality, but that’s what I’m like.
3. Authors tend to also be avid readers. What kind of books do you enjoy reading and who are some of your favorite authors?
I really liked Suzanne Collins and her work with The Hunger Games series. She’s so good at pulling you into the story, making you sympathize with not only Katniss Everdeen but a few of the supporting characters, and she’s great at building tension and suspense. Stephen King was somebody I first read in college and have recently gone back to reading and he has some very good work… I hadn’t read The Stand before, but when I came across his “original cut” in a used bookstore, I bought it and found myself drawn in. Plus I was impressed with how accurately he described Boulder, Colorado, a city I grew up near (I grew up in Longmont) and visited many times. Douglas Adams was somebody else I liked… his wit really comes through in his writing. And I still remember the books by Judy Blume and S.E. Hinton when I was younger… in fact, I still have my copy of The Outsiders that I bought through a school book club. I’m sure I might have a copy of Tales of a Fourth-Grade Nothing hiding somewhere, too! 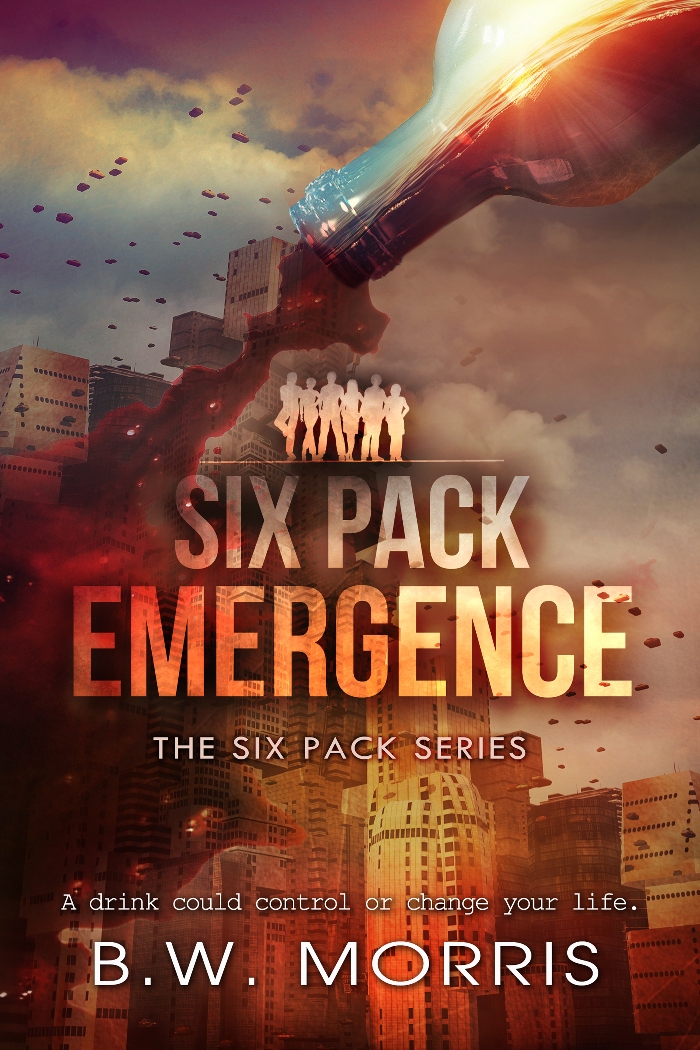 4. Once you’re done with the Six Pack Series, do you have any ideas for something different further down the line?
I have an idea for a spinoff book from the Six Pack Series, but I don’t know if I’ll do that immediately after it (I’ve planned a trilogy for Six Pack, though I’ve thought about follows up to it, but that’s further down the road). Because I have an idea for a mystery that keeps coming back to me. And I’ve had a couple other ideas cross my mind but they haven’t stuck with me for long. Perhaps I need to start writing these things down more often!
5.  The general train of thought is that to be a writer you should be writing 1000 words a day. I personally find that impossible to accomplish. How about you? What’s an average writing day for you and is there any one place you prefer to write in.
I write for a weekly newspaper and those stories can be anywhere from 500 to 1,500 words, so in a sense, I’m getting in that amount! Seriously, though, when it comes to fiction writing, my mindset is to get an entire chapter or scene finished in one sitting, which can go as little as 2,000 words to as much as 4,000 words. On the other hand, my work schedule means that sometimes I can’t sit down to write something for a planned book every day, so it tends to average 1,000 words per day on some weeks. I also try to schedule my first drafts for the spring and summer months when I have more evenings and weekends available. The fall is when I sit down and watch Denver Broncos games each Sunday and winter is when the holidays come along and I’m covering a lot of basketball games for the local paper, so I try to focus on editing previous drafts in those months.
As for where I prefer to write, because I sit at a desk in my office all the time, when I’m at home I sit down in front of the coffee table on the floor in my living room to write. It’s true the TV is in the living room, but I don’t watch much TV and tend to focus more on what’s going with the characters on any shows or DVDs I watch. I find that sometimes helps with learning how to develop characters, as much as reading books will teach you.  And, yes, my preferred writing spot is most unusual, but then again, I may be a most unusual person to begin with!
6. Where can readers find out more about you and where can your work be made available?
My blog is at relaxingwithsixpack.blogspot.com. My Facebook page is https://www.facebook.com/bwmorrisauthor/. My Twitter handle is @sixpackwriter, though I’m not on that account often because I have a second one that I use for my job and that’s linked to my smartphone. I also submitted a short story to the Kansas Writers Association anthology last year and hope to do one this year. You can learn more about last year’s anthology, Kansas Dreams, here: https://www.amazon.com/Kansas-Dreams-Sonny-Collins-ebook/dp/B01KKYKMSK. As for my upcoming novel, Six Pack: Emergence, it’s set to be released March 28 through Clean Reads and available through Amazon, Kobo, Smashwords, Nook and iTunes. Clean Reads is revamping its website, but you can check my blog for more details about the first book in the series.: http://relaxingwithsixpack.blogspot.com/2015/07/the-six-pack-and-underground-network.html