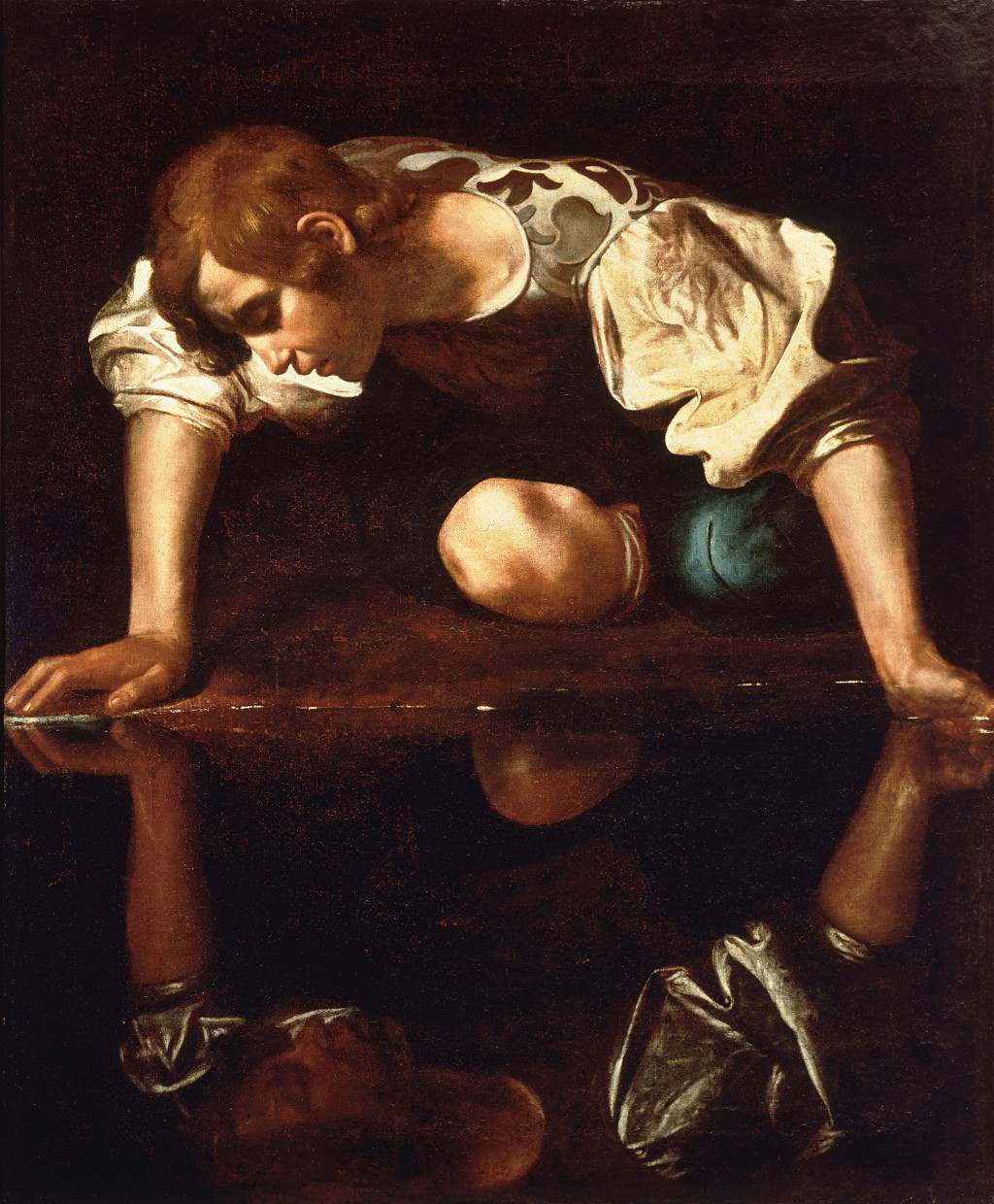 There has been an odd influx of articles about Narcissism posted by friends of mine on Facebook over the past couple months. It seems dealing with these mentally ill monstrosities that pass themselves off as “normal” human beings is a lot more common than I thought. It’s good to know I am not alone. I find it empowering to know I have friends I can talk to about this who will know exactly where I’m coming from on the subject. I was lucky enough to escape a seven year relationship with a narcissist about five years ago. It derailed my trust in others for a while, but I’m happy to report the train is back on its track and I’m returning to the person I was before this madness all happened.

Wikipedia defines Narcissistic Personality Disorder (NPD) as “a personality disorder in which a person is excessively preoccupied with personal adequacy, power, prestige and vanity, mentally unable to see the destructive damage they are causing to themselves and others.”

At PsychoCenter.com they state, “Narcissistic Personality Disorder is characterized by a long-standing pattern of grandiosity (either in fantasy or actual behavior), an overwhelming need for admiration, and usually a complete lack of empathy toward others. People with this disorder often believe they are of primary importance in everybody’s life or to anyone they meet. … People with narcissistic personality disorder often display snobbish, disdainful, or patronizing attitudes. For example, an individual with this disorder may complain about a clumsy waiter’s “rudeness” or “stupidity” or conclude a medical evaluation with a condescending evaluation of the physician.”

Those are great definitions, but they really don’t come close to describing what it’s really like to be involved in a relationship with someone who has NPD. Truth of the matter is, you’re likely not going to know until it’s too late. I had no idea there was such a thing as NPD until after I was out of the relationship. The first time I read about it I was stunned. Why had I never heard of this before? The stories and descriptions I read fit the man I’d been with all those years perfectly! It helped me finally get answers to the questions I’d been asking since it all came crumbling down, why? Why had this happened? Why had he done this? Were all the things he told me about how he felt and the things he did that appeared to be founded in love a lie? Did he ever really love me? How can someone be so cruel, heartless, and unfeeling? Had I done something wrong?

No, I had done absolutely nothing wrong. Yes, every word he said and every deed he performed to convince me he loved me was fake; a lie, to get what he wanted out of the relationship. He wanted the control. He wanted to be the one to decide what was what. When things didn’t go his way, it was everyone’s fault but his own. He was full of rage towards anyone that did not agree with his philosophy. He was right. Everyone else was wrong. The only time he was happy was when he could prove himself right or could use his intelligence to manipulate people into agreeing with him. Oh, yes, he is a very intelligent man. Make no mistake about it. Most narcissists are very smart people. They know exactly what they are doing – they just don’t care who it hurts in the process. They are incapable of empathy.

My anger and confusion has dwindled over the past five years, but I’d be lying to say I didn’t wish all sorts of nastiness to befall this man. I prayed Karma would kick his sorry ass to the curb more than I care to admit. I hoped he’d suffer the pain he’d dished out to me, my family, and Lord knows how many others. I know, we aren’t supposed to pray or wish for bad things like that, but damn it – I’m guilty as charged, but I doubt that Karma is going to do any such thing and here’s why.

Lady With A Truck recently posted an article on her blog about this very topic called, “Law Of Attraction and Why The Narcissist Seems Immune to Karma”. It makes a whole lot of sense to me. In a nutshell, Karma doesn’t work on a Narcissist because they have no sense of doing anything wrong. It’s believed that Karma and the Law of Attraction works based on some sort of ‘vibration’ level. The more positive the feeling, the higher the vibration and the more positive the Karma. Things like love, joy, peace and gratitude give off high vibes. Shame, guilt, fear, and anger give off low vibes. If that’s the case then how does that nasty, manipulative narcissist escape Karmic retribution when their whole life is devoted to hurting others for their own gain and that they don’t even feel love, joy, peace, or gratitude?

To quote from Lady With A Truck’s blog,”…the narcissist does not believe he is bad, he feels justified in the things he does, he does not fear anyone, nor is he ashamed, or feel guilty and even his anger he blames on someone else. The law of attraction doesn’t know if what it is attracted to is a lie or not, it responds to the vibrational level of the person. If that person is sick and has a distorted view of their value whether that distortion is good or bad, they will attract the vibration they send out to the world.”

What about love? Again, Lady With A Truck seems to have stumbled upon a theory that makes a whole lot of sense. She writes, “The narcissist’s brain is wired differently than a normal person so when he meets a new victim his brain releases the same chemicals our brains do when we meet someone who we think we could love, only he is excited because he sees a source of things he wants. He acts much like a person in love, but what he is drawn to is the prospect of being able to suck in another prey and bleed them dry. It is intoxicating to the narcissist much like love is intoxicating to a normal person.”

I really think she is on to something here, unless you go with the idea that Karma is set into action by a Higher Intelligent Being (aka God). Surely, a benevolent, All-Knowing God would be able to tell the difference between real love and false love, right? Maybe it’s a combination of the two. I don’t know. I’d still like to believe those who have NPD will be paid back somehow.

On the positive side, you can chose, as I did, to not be the victim once you realize what’s going on. During the period between this realization that I was with a very, very not-nice-at-all-person and the time he moved out, I treated him as if he were completely invisible. I did not speak to him or acknowledge his presence or existence unless absolutely necessary. It was a very uncomfortable few weeks. He got nothing from me. I put up the biggest, thickest emotional wall I could between the two of us. I admit, I smiled when I saw his pathetic post on Facebook during this time, “I think I know what if feels like to be a ghost.”

After he left, if he emailed me about things he’d left behind, he got the shortest possibly response. The freedom and joy I felt with his departure was intoxicating!! That is not to say I wasn’t emotionally hurt. My trust in others was shattered. It’s been almost five years now and I am happy to report that trust is coming back into my life slowly but surely. The wall is crumbling. I have a wonderful life filled with love, joy, and appreciation.

My hatred and rage has turned to pity. I feel sorry for that man. He’ll never know what REAL love and happiness feels like, ever. As for Karma and the Laws of Attraction, I have faith he will be rewarded in due time. When, by who or what or how it happens isn’t my concern. Enough of my time and negative energy was wasted on that man already. I have way too many positive, high vibes to share and enjoy with others and the universe. I intend to enjoy and appreciate every minute.

PS – I wrote this article five months ago. Recently I learned that Karma had indeed found him and struck with its mighty Karmic Hammer in the best way possible. So, maybe Lady With A Truck’s theory is wrong after all. I know I got my closure on the matter.

You might also find this article from A Little Spark of Joy about Karma of interest as you find your way through making peace with yourself and the narcissists in your life. Free Karma Points! The 12 Laws of Karma & Their Meaning.