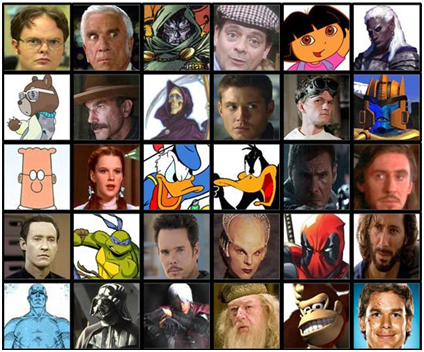 Not so long ago a friend asked how I go about creating characters. Her son is an aspiring writer and she’s noticed he puts a little bit of himself into at least one character in everything he writes. It’s not always a main character, but he’s in there. I told her I do the same thing.

In a sense, my stories are my children and as such, the characters are natural extensions of myself.  Why wouldn’t I put part of who I am into everything? With some characters it’s very obvious. For others, it may not be detectable to anyone but me. There are, of course, the characters that do not resemble me in the slightest but may be based on family and friends or no one at all. None of them are exactly like the real people. A look is borrowed from one, an attitude from another, a fear, a past, or a quirk may come from yet a third.  I don’t go into a book knowing everything there is to know about my characters any more than you would know everything there is to know about someone you meet on the street. Who they are unfolds page by page, moment by moment. But how, exactly, is a character, especially a totally fictional one, created? To be honest, I don’t have a real cut and dry answer for that, but I can give you an idea of the process that I go through.

You’ve Got The Look

First impressions are often based on physical appearance. Even without speaking to a person or knowing anything about them, you can see them. You can see the way they dress and move. There’s always body language to consider. You can hear their voice. You can smell the scents that waft around them, for good or bad. You may, if you get close enough, even be able to taste that individual. It’s no different when creating a fictional character. Sometimes looks mean absolutely nothing holding true that old saying that you shouldn’t judge a book by its cover, but when writing you need to consider how a person comes across in these ways and the impression you want to give to your readers.

Creating characters involves creating stories within your story. For my novel “No Rest For The Wicked”, I use the tagline, “Every ghost has a story. Not all of them want it told.” This may be true for ghosts, but when it comes to creating your characters, you better know their history if you want to give them any depth at all.  Why do they act like they do? Why does he walk with a limp? Why is that fifty-year-old man still afraid of the dark? What happened to this person before you came along to make them say and do the things they are saying and doing now? You can find Character Sheets online to help you sort all this out. These will ask you questions about your character that you may never have considered. I’ve only filled out a few of these that, in the end, I never referred back to once I got into the story. Some people swear by them and their use really can’t hurt. I tend to work a lot more organically.  Don’t think of your characters as just characters. Think of them as people. Listen to them. They’ll tell you everything you need to know… eventually.

The setting of the story plays a huge part in what sorts of people are going to populate your world. And those people will play a role in who your specific characters are.  Past, Present, or Future? Rural or Urban? Poverty, wealth, or somewhere in between? A loving home or one full of violence and pain?  Are they messy or a neat freak? What is your characters relationship to the other members of the family, their neighbors, and where do they fit in to the community as a whole? Are they native to the area or a newcomer? Does your character even like where he or she lives? If not, maybe that’s part of their problem and their motivation. Use those things to find out more and propel your plot forward. I do a fair amount of research on the settings in my books. I want my readers to BE THERE! I want them to see where all this is going on as vividly as I can.

I’m told there are no rules when writing, but I firmly believe that “Show, Don’t Tell” is a rule and it’s something EVERY writer of fiction needs to understand and do. Years ago my daughter had to write something for English class and she came to me for help. Her story started out something like, “Ethan Havoc walked down the road. It was raining. He had headphones on listening to his favorite band. He sang every word of the song out loud not caring who heard him.” This is an example of TELLING the reader what’s happening. It doesn’t show me much. I asked her a few questions about Ethan, his appearance, posture, how he’s walking (body language).  Then I asked about the rain (environment). Is it raining hard or just misting?  Does he have an umbrella? Next, we moved on to what kind of music Ethan is listening to. It could be anything from Anthrax to Beethoven. We can’t tell from what is given and knowing a character’s choice of ‘favorite band’ is going help us understand him better (backstory). After our talk, she came up with this, “Aiden Havoc scuffed his feet as he walked home. Water dripped off the ends of his hair and soaked the back of his hoodie. School had just let out for the day and his headphones blared loud shreds of The Misfits in his ears. He sang every word of the song out loud not caring who heard him or saw him shake his greasy black hair to the music.”  Ah, ha! We know Ethan and his surroundings a WHOLE lot better now, don’t we?

So, there you have it, my take on character creation. There’s a lot more to it than this, but that’s something that I can’t explain in words without sounding certifiably insane. As the story moves along, the characters reveal more through their thoughts and actions based on whatever it is they are facing in their environment. It’s not always something I consciously decide. It just happens. And that’s when the real magic of writing takes place. I hope this has answered some questions for readers and if you’re a writer, I hope it helps you become a better one!