Come on over, like my page, and ask me something (preferably writer-related, but not necessarily). One question per person, please. 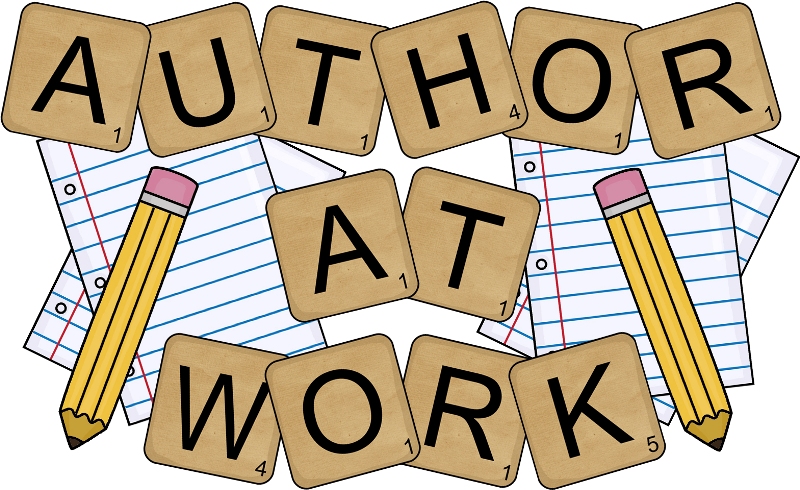 The sun is slowly starting to brighten the sky on this cold, January morning. It’s a character-building 10F here in the my part of the Finger Lakes. I’ve downed half of my first cup of coffee, checked and replied to some emails, and tossed a load of laundry into the dryer.

It’s been a pretty busy week for writing. Not everything I did had to do with making progress on The Witch’s Backbone, but there’s some of that, too. My one and only New Year’s Resolution was to make more of an effort to reach out and get to know more authors. I don’t know many in-person so I decided to start with the long list of them I am connected to on Twitter. It started out by simply paying more attention to their Tweets instead of trying to be clever with my own. I started to ‘love’ more, to ‘comment’ more, and to ‘retweet’ more. I follow a good number of writers who blog, too. Again, time for me read more of their posts and learn about who they are and what they are about. And, of course, to comment if I enjoyed their posts. Both efforts have proven to be quite a nice experience and something worth continuing to do.

It wasn’t enough to just read and like and love and retweet and comment though. It was decided to do some interviews. Again, I turned to Twitter for ideas and names. I didn’t want to overwhelm myself with this endeavor and figured one interview per month would be good. That, combined with any book and movie reviews I will get out, along with my random ramblings about events and working on my own writing should keep this blog pretty active for the year. I selected the authors (most of them of the Horror variety)  who most often interact with me on Twitter and sent them private messages. The response was swift and entirely positive. The calendar filled up in less than 24 hours! Not only that, I’ve already got back filled out interview questions for those who will be featured this and next month. If you’re a published or soon-to-be published author and I didn’t approach you, don’t feel bad. The list I had was long and I just couldn’t get everyone in. I didn’t expect everyone I asked to give me such a quick and positive response, but then, we’re writers and we do love to talk about our work, don’t we?

On top of this, I’m going to be a featured blogger next month for another writer and I’m waiting on a list of ’20 Questions’ to appear in my inbox for me to answer from a second author.

As if all this weren’t enough, the website is getting a complete makeover. As much as I liked the old version, I felt it was time to make a change. I sent my ideas to my web guy (aka The Husband) and off we went. He’s been working diligently all week on it and it’s shaping up very, very nicely. It still needs a bit more, but it shouldn’t be long until it’s all said and done and he can get back to being a Computer Gamer instead of a Graphics & Web Designer. I’ve no doubt he’ll be a happy man when I can stop saying, “Honey… can you change something else on there for me?”

This first week of the New Year has been pretty darn busy now that I look back, but it hasn’t for a moment felt like work. I like that.

And now, with a second cup of coffee fresh and hot by my side and the crows fed, I think it’s time to look at what I wrote yesterday on TWB, do some quick fixes as needed, and see what today holds for my five youngsters stuck in the woods at night with something not quite human.

A few months ago a co-worker asked me to look over his manuscript. I foolishly told him I would. I knew he was writing what he said was a novel last fall. Four months later he announced it was done! Whoa, Nelly! That was fast. Turns out this ‘novel’ is really a short story. So, as I’d said I would, I started to look over what he’d done. It’s a good concept and I went through the first two chapters jotting down suggestions and the like and gave those two chapter to him to look over. It was then that he told me that only had he NOT yet even read over what he’d given me and that it was a first draft BUT! that he, personally doesn’t read fiction. Stephen King has a great quote out there that is something like “If you don’t have the time to read you don’t have the time (or tools) to write.”  The admission that my co-worker doesn’t read fiction explained everything about the faults in his manuscript. I would like to finish the task as I told him I would but I’m not sure if it’s worth the time or effort.  It would be like someone deciding they are going to start a band if they have never even listened to the sort of music they want to play.

Another friend of mine had an art show opening this past Friday. We stopped in for a few minutes. I’d seen her work before and knew she was good so there were no surprises there. Unfortunately, the space was a big tight and I started to feel claustrophobic way too soon. Besides, I’m no good at mingling and making small talk about art. Its one of those subjective things. One man’s fine art is another man’s baby spit up on canvas. Still, I wanted to show her my support and made the effort to visit, albeit, briefly. We went off to explore some of the other art shows and music stuff going on after.

I’ve bought the books and artwork and etc of other creative friends to show them my support for their efforts. Even if I didn’t later care for the music or book after I had a listen or read more deeply.

I do have some talented writer friends, one is my cousin. We’ve had a lot of fun exchanging short story ideas and acting as readers and proofreaders for each others stuff. I encourage her every chance I get. Sadly, I don’t see her too much anymore since she moved. I have no idea if she’s bought my book.

I’ve been trying hard to write as often as possible but this weekend I didn’t even care. I planted herbs seeds and did yard work instead. It needed to be done, that is true, but I know I should have written something! I should have at least opened the file and re-read what I’d written earlier in the week for a quick proofread. It feels like my Muse has recently crawled into a deep, dark hole and doesn’t want to emerge all of a sudden. I’m pretty sure the recent life changes have something to do with that. Even when you have very positive life changes, it requires some adjusting.  When I’m stressed, my Muse shuts down just when I need her most to distract me and keep me from worrying about every little thing. It’s also been a very slow week over on my Facebook page. I’m not feeling ‘the Love’ as it were, like I was plus as I near completion of the next novel, the stress of searching for a publisher is weighing very heavily on my mind and soul. I try to be positive about it. I try to believe in myself and what I want to be when I grow up. It’s not always easy but I hope I don’t have too many more of these wordless weekends. It’s not good for me.