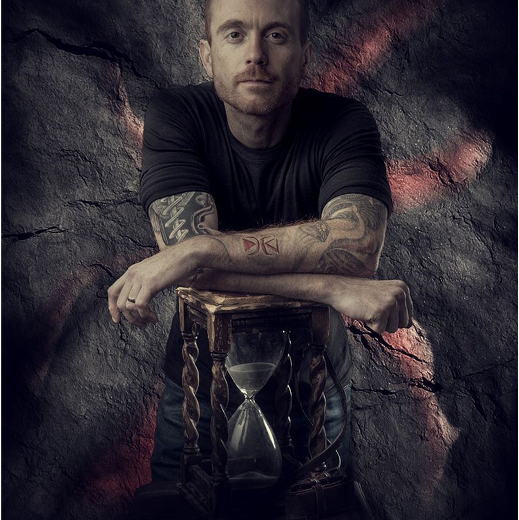 UK author, Mark Cassell is the best-selling author of The Shadow Fabric, a novel so rich with dark mythos he couldn’t keep it contained in one book. From page one, I was sucked right in, thankfully not by the actual Shadow Fabric. I haven’t read a book so fast in a very long time and am eager to learn more about the world Mark’s created as well as the writer himself.

1.Thanks for agreeing to this interview, Mark. Can you tell us a little bit about how you got started as a writer? Was it childhood dream or something you fell into more recently?

I blame my English teacher, Mr. Brown – Damn, that was way back in 1991. He told me I had more potential than just the class jester, so I wrote a werewolf story titled “Moons of Blood” and gave that to him. At first he accused me of plagiarism, but when he saw my scribbled notes he soon believed it was my work.

2.Every writer I know is also a big reader. What books were you reading as a young man that got you started down this dark road of horror? Which author’s influenced you the most to become a writer yourself

It was James Herbert and his magnificent novel, Magic Cottage that started it all. From there, Clive Barker and Brian Lumley massively inspired me. And I guess you can’t be a horror writer without reading at least one novel by Stephen King. These days, I don’t read as much as I’d like, though when I do I may occasionally pick these guys up again. Back to my roots, you know? 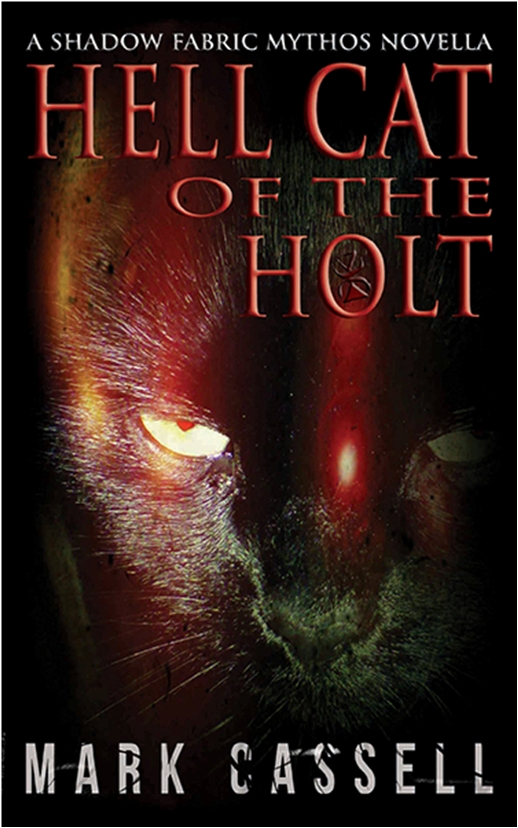 Hell Cat of the Holt: http://mybook.to/Holt

3.As I mentioned earlier, I just loved The Shadow Fabric. There’s got to be a mountain of research behind this whole series. What was the inspiration behind the story and mythos and how fleshed out was your research before you started to actually write it?

The Shadow Fabric as a title came to me in 1992 and it remained precisely that until 2013 when I figured I was big and ugly enough to start taking this writing game seriously.

As far as the research goes, I began jotting down all the typical horror tropes we’ve come to drown in. Anything to do with demonology and witchcraft, I set about turning it all on its head. I never intended to rewrite history, it just happened. It took hours of head scratching, planning and plotting.

Though I must say, I am shocked and humbled at how well received the Shadow Fabric mythos has become. And it’s still unravelling.

4.You haven’t limited yourself to strictly horror, either. You’ve also done a book of Sci-Fi short stories. Tell me a little bit about Chaos Halo 1.0: Alpha Beta Gamma Kill. Can fans of this genre look forward to anything more substantial from you in the future?

The guys from Future Chronicles are keen for me to pick this up again so one day there will be more. It was through their cosplayers that Chaos Halo became a thing. Maybe there’s a novel there somewhere. 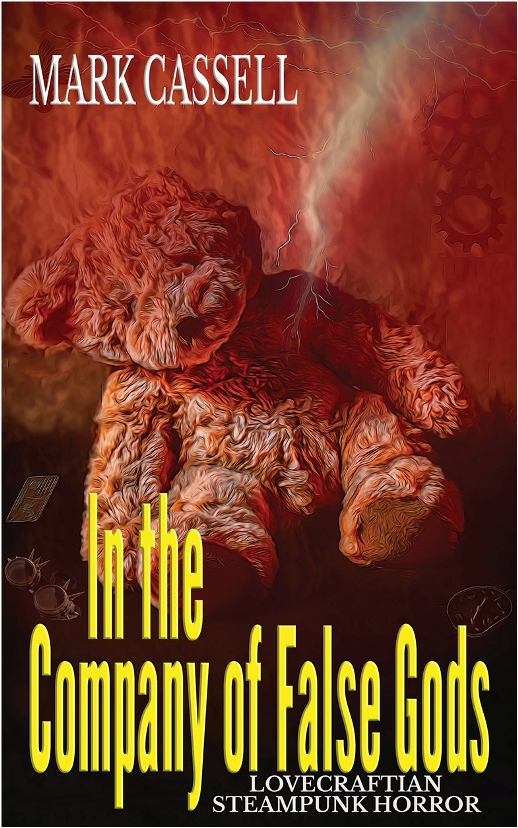 In the Company of False Gods: http://mybook.to/companyof

5. You’re most recent release, In The Company Of False Gods, looks very intriguing. You’ve dubbed it Lovecraftian Steampunk Horror. Would you explain more about what that actually means and could you give us the elevator pitch for this latest title?

Inspired by HP Lovecraft’s cosmic horrors, In the Company of False Gods is a novelette set in an alternate Victorian era. The story follows wheelchair-bound Attacus whose clockwork creation runs amok and leads him to the threshold between worlds.

6. Thanks for taking part, Mark. Where are all the best places to find out more about you and your work?

My website is the best place to visit: www.markcassell.co.uk

Thanks for having me!

Mark Cassell lives in a rural part of the UK where he often dreams of dystopian futures, peculiar creatures, and flitting shadows. Primarily a horror writer, his steampunk, dark fantasy, and SF stories have featured in numerous reputable anthologies and zines. His best-selling debut novel The Shadow Fabric is closely followed by the popular short story collection Sinister Stitches and are both only a fraction of an expanding mythos of demons, devices, and deceit. The novella Hell Cat of the Holt further explores the Shadow Fabric mythos with ghosts and black cat legends.

The dystopian sci-fi short story collection, Chaos Halo 1.0: Alpha Beta Gamma Kill, is in association with Future Chronicles Photography where he works closely with their models and cosplayers. His latest release, In the Company of False Gods, is a Lovecraftian steampunk horror story about one man who had no idea his creation would take him to the threshold between worlds.

Mark’s work has been compared with British horror authors such as James Herbert, Clive Barker, Dennis Wheatley, and Brian Lumley. Also, his influences spread over to the US where he admits to having been first inspired by Dean Koontz, Stephen King, Dan Simmons, and H P Lovecraft.