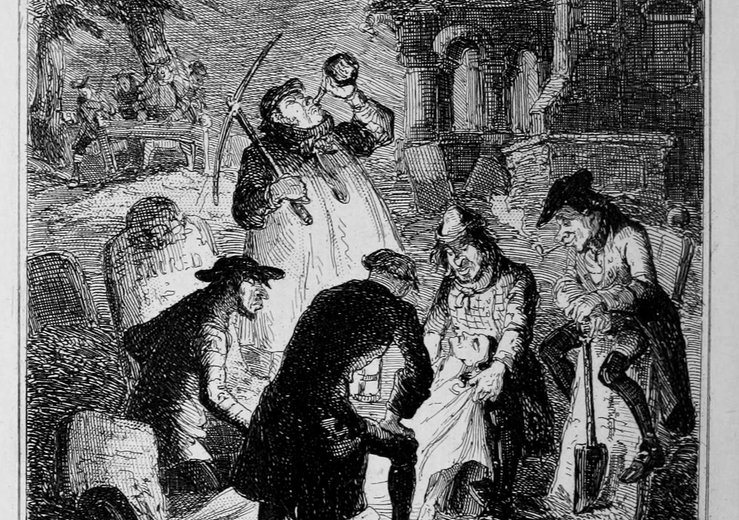 At what point does it become okay to dig up someone’s final resting place, photograph them, and put them on public display?

Archaeologists have been doing it for hundreds of years. Museum curators scramble to acquire the most popular corpses they can afford to draw in the crowds. Early funeral directors and embalmers would often put an embalmed corpse on display in their front window as a type of advertising so people passing by in the street could see what a great job they did.

But, if Cousin Joe goes to the cemetery where great Grandma Eunice is buried, digs her up, and displays her respectfully on his kitchen table, suddenly he’s some sort of sicko. Yet, perhaps a one or two hundred years from now, maybe the cemetery Grandma Eunice is at is discovered anew by a historian, he and his team dig her up, photograph her remains, and sell them to a museum for public display, and suddenly it’s okay again?

How is it okay for government approved “professionals” to loot the graves of the Ancient Egyptians, Mayans, or a Chinese emperor, yet not okay to poke around in Civil War cemetery or the wreck of the Titanic, out of respect for the dead and their families?

I don’t get it. How is one the act that of a sick and twisted individual while the other is perfectly acceptable and rewarded? Both are grave robbing. Both are disturbing the dead.

What do you think? Where do we draw the line between grave robbing or desecration and calling something being done in the name of science and anthropological research?