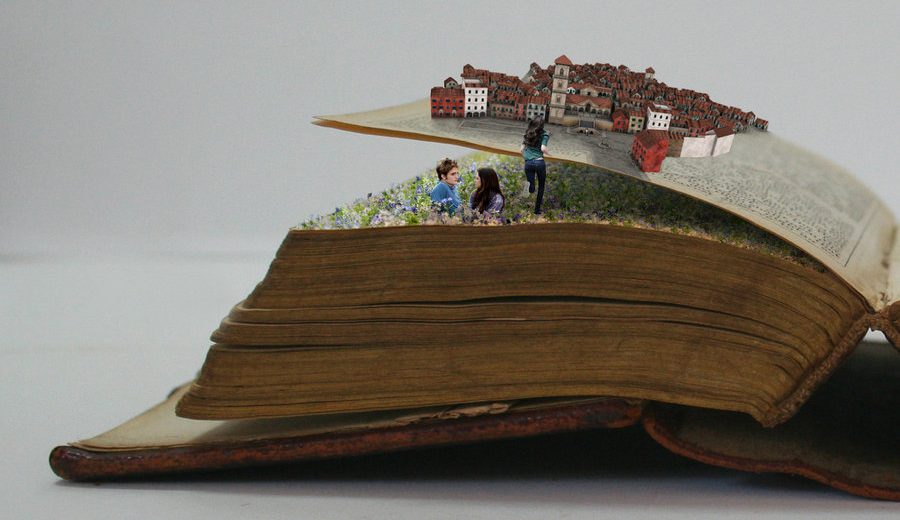 Every writer gets asked, “Where do your ideas come from?” at least a thousand times. The short answer for me is, “I don’t really know.” Another answer could be, “Everywhere.” In my upcoming Psychological Horror novel, Dark Hollow Road, a partial answer is from a simple road sign we passed while traveling through Eastern Pennsylvania several years ago. It was the catalyst, but from there even I am forced to ask myself, “Where did this come from?”

However, the answer that intrigues me most would be, “An alternate reality.”

It’s said that belief can be a powerful thing. In Mathew 17:20 of the Bible, Jesus says: ‘He replied, “Because you have so little faith. Truly I tell you, if you have faith as small as a mustard seed, you can say to this mountain, ‘Move from here to there,’ and it will move. Nothing will be impossible for you.’ The Power of Positive Thinking by Norman Vincent Peale contains the same kinds of messages. “Formulate and stamp indelibly on your mind a mental picture of yourself as succeeding. Hold this picture tenaciously. Never permit it to fade. Your mind will seek to develop the picture… Do not build up obstacles in your imagination.” One of his most popular quotes is, “Change your thoughts and you change the world.” Today, Notes From The Universe are sent out daily from Mike Dooley author of Infinite Possibilities. “If you know what you want, if you’ve made up your mind, if you can see it, feel it and move towards it in some way every single day… it has to happen.” His most popular quote seems to be, “Thoughts become things. Choose the good ones.”

All this leads me to the next question. “Which way is the creation process actually flowing?” My characters and the worlds they live in become very real in my mind during the process of storytelling. I can see them and their surroundings. I can hear their voices. I’ve often said they are the ones who pester me into writing. They won’t be quiet until I write down what they are telling or showing me. Are they already in existence waiting to get their stories out or am I creating their stories and in some metaphysical way, bringing them into a type of reality by the act of believing in them and their worlds?

If you’ve talked to any number of authors, they will likely all tell you at one time or another the characters took over. They did things and said things that the author never dreamed of. Stephen King tells the story of a very minor character, a waitress, who, over the course of the novel, became a major player. It was completely unplanned. Apparently she had a lot more to say than he’d initially thought. Who is actually telling the story here?

Last week I found an article at Myths of the Mirror called Why Books Are Living Things. It raises some intriguing ideas and I strongly encourage you to read it. In it the author states, “I believe, on an energetic level, that books are more than paper and ink or digital symbols. On some level, our creations are new entities with the ability to enter into relationship with others on a personal and emotional level, just as we do.” She also raises the questions, “What if, when we create worlds and characters, we create something that exists? How do we know that the myths we fashion in our heads don’t coalesce into something real and measurable? Simply because we lack the brain capacity and technology to perceive and quantify, doesn’t mean something can’t be.”

To this I add and ask, “How do we know we aren’t tapping into an already existing plane of reality, an alternate universe full of people with stories to tell? And for whatever reasons, they have chosen us to tell their tales.” I honestly don’t feel like I am the creator. I feel like a parapsychologist roaming the halls of some great haunted mansion, listening for the voices of those who came before me, asking them, “Who are you? What is your name? Why are you here?” And the answers come in the form of my stories. Is it their belief in me as a storyteller or my belief in them as actual entities that gets the job done?

Maybe it’s a combination of both. Maybe it’s not any of it. Maybe I’m completely nuts. Perhaps Edgar Allen Poe had it right when he asked, “Is all that we see or seem, but a dream within a dream?” Chances are no one will ever know what the real answers are. Either way, it’s certainly an interesting path to explore.