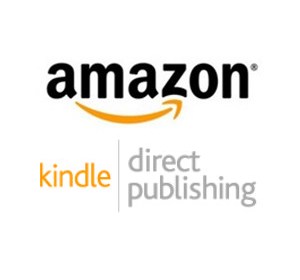 Let’s face it, we like to joke and yes, mostly complain, about all the many customer service jobs that have gone overseas, mainly to India. They aren’t helpful. We can’t understand their accents. All they do is repeat verbatim what we’ve already read on the initial Help Screen of whatever company we are dealing with. This leaves us angry and frustrated and vowing never to do business with those people ever again!

This review is no such thing!

A couple months ago I decided to move a couple of my paperbacks from CreateSpace to Kindle Direct Publishing. There’s been rumor that CreateSpace is on the way out and, though nothing firm has yet to be released, it may not be a terrible idea to make the switch sooner rather than later. It’s all the same company, Amazon, and the directions appeared easy enough, so off I went.

The first title made the transition with no problems whatsoever. I waited a couple days to make sure all was well before setting out to move the second title. That’s when a roadblock smacked me in the face. I got the error message that the ISBN-13 number I was trying to use was already assigned to by another title. What the what? I looked back through everything and couldn’t see where this was happening. Desperate, I sent a message to KDP’s Help and crossed my fingers.

Archana got back to me a couple days later. He (or she) told me I needed to remove the ISBN-13 from a previously created version of the book in question. After that was done, I should be able to delete that version and move on with putting the ISBN to the new one. Off I went, following directions, finding the error and happily deleting, then waiting the needed 72 hours before trying again.

The same error message was still there. I wrote back to KDP to let them know it still wasn’t working.

Someone named Karthikeyan replied to my message and said she (or he) would look further into the matter and get back to me and could I send screen shots of what I was seeing so they could be passed on to the IT guys. I did, crossed my fingers, and waited.

A couple days passed when I heard back from the next person to handle my difficult case, Nithinesh. Nithinesh let me know their tech support people had restored three other versions of the title that I’d apparently created in error and that they also needed deleting. This in mind, I logged into KDP yet again, found the titles and deleted those as well. After another 72 hours, I tried to move the new version and lo … it still didn’t work. Ugh!

I’d pretty much given up on this whole process. I then heard back from Nithinesh who asked if I’d had any luck. I told him (or her) that I had not. It still refused to accept the ISBN-13. He said he’d have a look at it and get back to me. I waited. A couple days later, Nithinesh let me know that it looked like I’d only deleted the errant titles but had NOT removed the ISBN-13s first. Okay, my error in misreading the directions. She (or he) said they’d ask the IT Team to restore the old ones again (if possible) and that this time, to be sure I deleted the ISBNs before going all delete crazy. (My wording there.)

On Tuesday, word arrived from my fourth KDP Helpful Assistant, Siyam. Siyam informed me that they had restored the other versions again and reposted my directions. He (or she) also said to not delete the others entirely until AFTER I’d been able to convert (or not) the ISBN-13 to the latest paperback version. Good thinking there, Siyam!

I’ve gone in and deleted the ISBN-13s from the three older version. ((What puzzles me is why was I allowed to create these three others version at all? Shouldn’t I have gotten an error message when foolishly attempting to create this thing a second time? Let alone a third!))  This morning I took the next step and entered the ISBN-13 for the version I want used. And LO!!!! IT WORKED! The process when through smooth as buttah!

I am SO grateful to Siyam, Nithinesh, Karthikeyan, Archana, and all the KDP IT people who helped get me through this issue. Super, super happy and yes, very surprised that this story has a happy ending. Thanks KDP Help Desk … you’ve gotten a great big gold star from me!