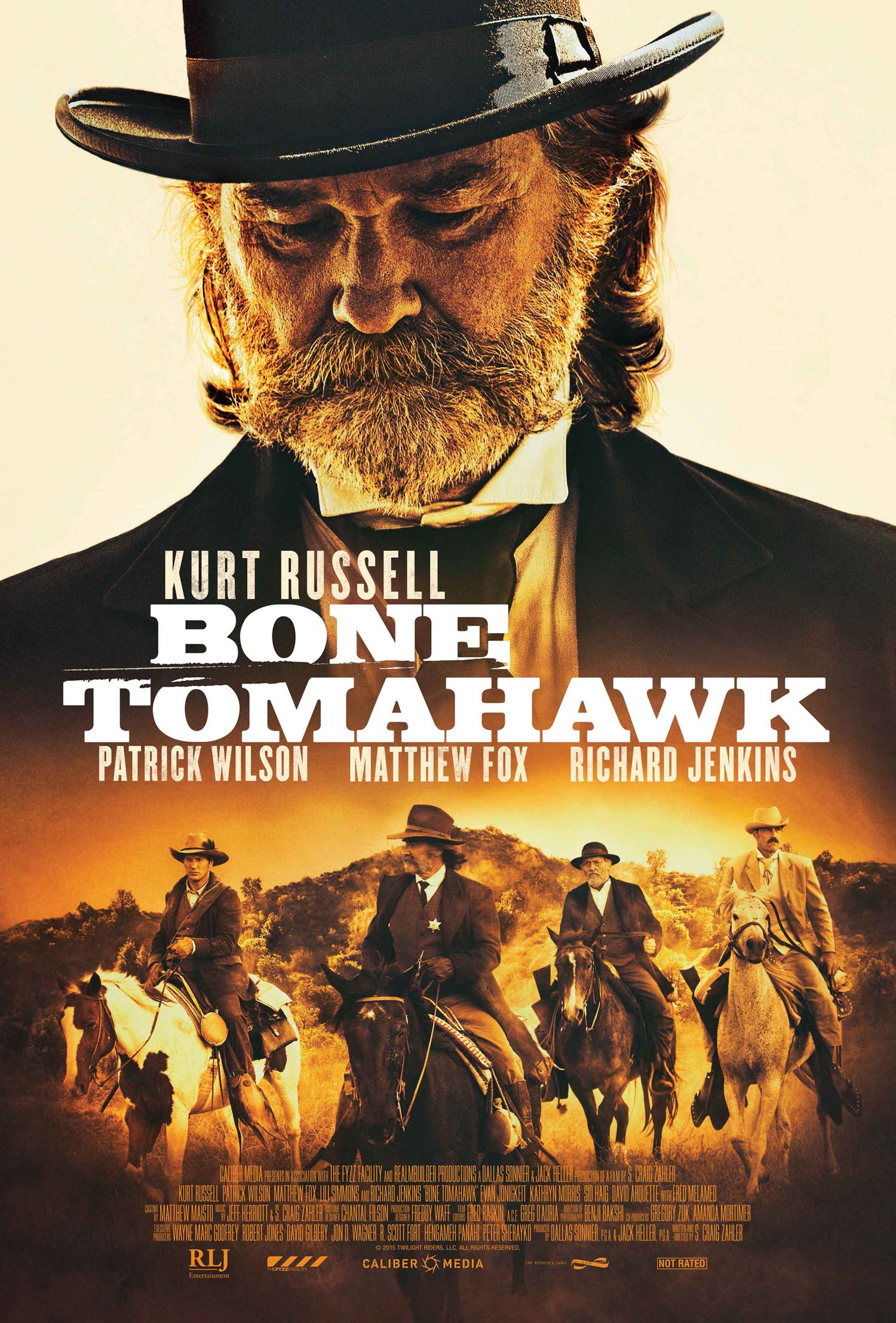 The deserts of the American Southwest were, and still are, very scary and dangerous places, even more so when two bumbling idiots named Purvis (David Arquette) and Buddy (Sid Haig) stumble their way upon the hunting grounds and the sacred stone circle of something not quite human living out there. Eleven days later, Purvis arrives in the small town of Bright Hope and is confronted by Sheriff Hunt (Kurt Russell) after Purvis is seen burying luggage out in the desert by Assistant Deputy Chicory (Richard Jenkins). Purvis is shot trying to escape. While he is being treated for the wound late that night in the jail cell by Samantha O’Dwyer (Lili Simmons), whatever attacked him and Buddy kidnaps Samantha, Purvis and, Deputy Nick (Evan Jonigkeit) as well as stealing six horses from a nearby stable and killing and gutting the stable boy.

Samantha’s husband, Arthur (Patrick Wilson), is suffering from a broken leg but insists on joining the search and rescue for his wife. Sheriff Hunt, Chicory, Gentleman John Broody (Matthew Fox), and Arthur O’Dwyer head out. The remainder of the film is devoted to tracking down the beings which we are told are a tribe of troglodytes by a local Native man. He’s willing to show them on a map where they can find the cave of these creatures, but he’s unwilling to go with the posse to rescue anyone.

Oh, the potential! I really enjoy a good western and it’s no secret I’m a huge fan of the horror genre, but this. Ugh. This was not a good western nor was its potential to be an amazing horror film at all met. The scene with the Mayor and his wife was farcical and irrelevant. Way too much time was spent dwelling on the very, very dull trek to the cave itself. Zahn McClarnon’s role as Native known as The Professor could have been so much more interesting, instead it was brief and brushed aside, used as a mere information dump instead of actually having any depth and meaning to it. It could have been used to heighten the suspense, to give us an idea what sort of evil madness our intrepid team was walking into. Instead, no, we’re merely told they will be facing dangerous, inbred cave dwellers.

When we finally get to meet our gruesome enemy, they just wander about their caves, call to each other in what appears to be some sort of paranormal howling-scream, go out and kill or capture for their own heinous reasons whoever happens to come along, and to steal horses. We never do find out what happens to all the horses they are taking. There is one particularly nasty scene in the cave in which Deputy Nick meets his demise which is not for the squeamish.

Even with its simplistic plot, this film could have been done better, A LOT better. It wasn’t dark enough (in a psychological way), it dragged on needlessly, too many questions were left unanswered, and the character roles were shallow and uninteresting.

1 out of 5 stars for Deputy Nick’s shocking death scene!