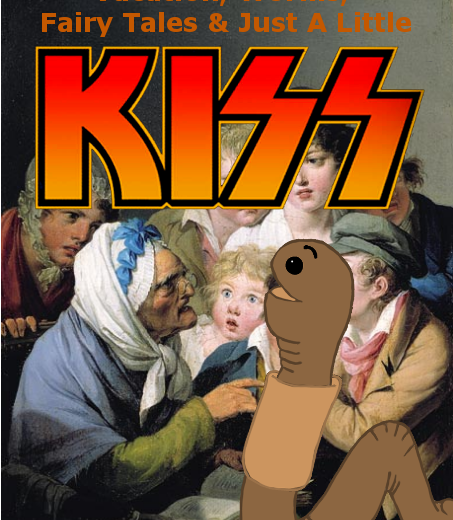 When last we met (back in July – six months ago), I was babbling about My UFO Encounter that happened over thirty years ago! Why, oh, why can’t I hunker down and get out a monthly blog post? Maybe because I’ve never been a good one at ‘on-demand’ writing.

August saw Jim and I finally making that long-awaited trip to Boston, Massachusetts and surrounding locations as part of our 5th Wedding Anniversary vacation. This excursion was supposed to happen in 2019. Alas, one motorcycle wreck, surgeries, and that lovely pandemic we’ve all grown to know and hate, put the brakes on that for a while. Then along came Hurricane Henri who was barreling in on the east coast on the same day we’d planned to start the 6-hour drive. We postponed an additional day but were determined to make this trip happen. We’d waited long enough and now, fully-vaxxed, we hit the road! Through wind and rain and ungodly heat & humidity, we arrived and made the best of it. Jim was able to see the USS Constitution in Boston Harbor and Battleship Cove in Fall River. I was thrilled to visit Danvers & the homestead of Rebecca Towne Nurse, my 7x great aunt who was one of the 19 executed under charges of witchcraft during the Salem Witch Trials followed by the Lizzie Borden House in Fall River a couple days later. There were bonus side trips to Concord and Walden Pond, a nice dinner out with my sister, and even a down day where we went to the movies and did as little travel as possible.

September brought the release of my third Children’s book, Bill, The Worm Who Loved Halloween and my mom’s 78th birthday!

As in previous recent years when October rolled around, my heart wasn’t much into Halloween as it always used to be. It’s just not the same without all the family & friends I used to have to set up an entire yard and porch display for my favorite holiday. Although 2020, oddly enough, gave me renewed hope, with more trick-or-treaters than I’d seen here in years – it wasn’t until the last minute that I put up a few decorations this year, donned a costume, and skulked around on the front porch for what may be the final time at this house. We were out of candy in an hour! I was stunned and totally unprepared for so many visitors.

Along with our Boston vacation, the replacing of our garage doors had also been delayed for two years but at long last – the new doors arrived in November and what a huge difference they make in the curb appeal of the house! Thanksgiving was celebrated here at our place with the usual guests – my parents, kids, and Jim and I. Mind you, nearly two weeks prior both my parents tested positive for Covid and were barely out of quarantine when feasting day arrived. My brother had the sense to avoid the gathering. The County Health Department gave them the ALL CLEAR without retesting to make sure they were actually negative. We’ll never know for sure if it was from them or another source but a week later my daughter tested positive and was sicker than a dog for almost a week. Her dad, whom she’d seen the Sunday after Thanksgiving, ended up in the hospital for a week shortly after with Covid. Jim, myself, and my son all remained healthy with negative test results. Both my daughter and her dad have since recovered from the worst of it and are on the mend. And, believe it or not, Children’s book #4, Bill The Worm Gets A Pet, hit the Amazon store in time for Christmas orders.

Mixed in with all this, I’ve been working on a collection of short stories based off those stories we all grew up with, fairy tales. I’d written my first twisted fairy tale in 2005 called Good Spider, Bad Spider – and was really happy with how it turned out. I’d wanted to write one ever since discovering the works of Tanith Lee and her book Red As Blood while I was still in high school. With the successful writing of Good Spider, Bad Spider, I slowly began adding more fairy tale-inspired short stories all while working on novels! You can read one of them for free over on my website – Cinnamon & Cyanide. Shortly before Christmas I got the idea for the last one and have put a pretty good dent in it with high hopes of completing the first draft within the next week or two. I fully expect to release the six-story collection, Not Your Grandma’s Fairy Tales, in 2022 along with, yep, another Bill The Worm book! You can find the entire collection at Bill The Worm’s Brand New Website!

Christmas Eve was special. For the first time in many, many years both kids were here with Jim and I to spend a few hours together gobbling down nachos and watching The Muppet’s Christmas Carol. I may have teared up a little bit during a private moment because it felt so nice to have them here again like that. Gift giving was minimal this year and everyone seemed just fine with that. I know I sure was. I honestly don’t want stuff. I don’t need stuff – well, other than books, of course, which I got two of for my birthday along with a nice Mexican dinner out! We ended 2021 with a trip to the movie theater to see Nightmare Alley. Can’t say it was anything that either of us expected and it wasn’t a terrible movie at all, but yeah. I was expecting Horror or even a Thriller. I’m not sure what it’s classified as but we had fun getting out of the house for a few hours and coming home to a coffee table full of a variety of cheese, meats, crackers, and pickled veggies. We didn’t make it until midnight.

Tomorrow it’s back to the day job after ten days off. Not looking forward to that at all. When am I going to have time to work on Part 2 of My KISS Kollection video series? Oh, yeah – here’s a link to Part 1. Fun stuff if you’re into KISS.

With that, I’d like to wish you all a Happy New Year full of accomplishments and dreams come true. Be well.