Why I Love Horror 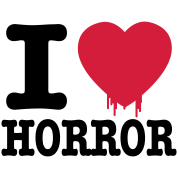 How can you watch that stuff? Don’t those books give you nightmares? I’ve been hearing these questions for as long as I can remember. That’s what happens when you’re a horror fan. I recently put up a link on my Facebook page directing people to Lyndon Johnson’s blog where he explains why he loves horror. It’s a great answer to a question millions of us have posed to us as Horror fans.

Looking back, I’m going to have to guess that this horror madness all started with Nancy Drew. No, the series isn’t known as one of horror, but it’s certainly chock full of spooky settings, mysteries, and possible paranormal activities. A lot like Scooby-Do without the hippie van.

Following Saturday morning cartoons, we were treated to a show called “Monster Movie Matinee” broadcast out of Syracuse, NY. They featured all manner of horror movies, mainly creature features like Godzilla or Creature from the Black Lagoon.

As I entered my teens, my reading and movie choices got a little bit darker. By high school I was reading Stephen King, Anne Rice, along with the truly bizarre world of Tanith Lee, and ANY vampire novel I could get my hands on. I graduated to watching Twilight Zone, Outer Limits, Kolchek: That Night Stalker, and Night Gallery along with the late night horror movies brought to me courtesy of “EIVOM” that tended to favor Hammer Films or such fantastic movies as The Other, The Legend of Hell House, Let’s Scare Jessica to Death, The Little Girl Who Lives Down the Lane, or my all-time favorite horror movie, The Haunting of Hill House.  The arrival of cable TV to our little town in the early 1980s was mind-blowing! Horror movies I wasn’t old enough to see in the theater were brought to me through HBO or Cinemax, not to mention the craze that was sweeping the nation … Blockbuster movie rentals!

But, all this doesn’t really answer the question of WHY I love horror so much. Why horror instead of Science Fiction or Romance, for example?

Romance novels were in a word, yawn. My grandmother read them by the hundreds. She’d come home from work every now and then with a big box full of Harlequins. Sometimes there’d be a few Westerns in there that she’d give to my grandfather. I did read a few of the Harlequins, but very quickly I realized they all followed a very set plot. Oh, there was some variations, but not much and they became SO predictable I lost interest after only a handful.

And maybe that’s part of answer, in a way, predictability.

Every now and then, in that big old box of books, there’d be a horror novel. I still have two of those books from those days, The Owlsfane Horror by Duffy Stein which was the first (and I think only) book that ever scared me so much I had to stop reading it at night. The other is Edmond Hamilton’s sci-fi novel, City At World’s End. Both made lasting impressions, but I definitely enjoyed the fear created by Owlsfane more. Why?

Apart from the Planet of the Apes series, I’ve never been able to really get into the Sci-Fi scene. Though, I do love aliens and anything to do with UFOs (as long as they’re real-life accounts) and was a huge fan of Logan’s Run, they never thrilled or chilled me like the scary movies did.  They didn’t make me wonder what was going on. Was it something real that would be explained away at the end, like the Nancy Drew books and Scooby-Do cartoons? Or would it be something paranormal like a haunting?

Outer space, the future, or beings from another world confuse me. Even though I’m fascinated by UFOs, have SEEN a UFO, and accept the probability of there being others out there, I can’t relate to it on a personal level. My smart phone all too often bewilders me so how can I even begin to try and comprehend or visualize something that describes technology of the future? It’s interesting, but not enthralling.

Horror enthralls me. It captures my known senses of fear, apprehension, and profound curiosity. It ignites in my imagination the questions of what may or may not be dwelling beside me at any given moment in any given place. Are the spirits of the dead beside me? Can we really talk to them? Photograph them? Do some people possess supernatural powers and the abilities to manipulate their surroundings? What other beings, considered paranormal, exist right here on this very earth we call home and why can’t we all see them?

Horror piques my curiosity. It makes me wonder. It inspires me to delve deeper into the history of unexplained events that have been happening on Earth for hundreds of years. It gives me goosebumps and it makes me feel alive. It’s not predictable, it doesn’t make me yawn, and because of personal experiences, I can totally related to it.

That’s why I love Horror.

To find out why Lyndon Johnson loves horror  CLICK HERE