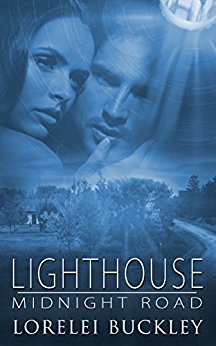 This month I’m pleased to bring you an interview with Paranormal Romance author Lorelei Buckley. Oooh — spooky and sexy all at the same time! 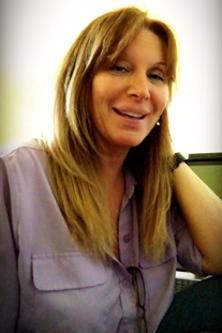 My writing journey started in grade school with poetry. Well actually my writing journey began with love letters to Donnie Osmond. For most of fifth grade, a classmate named Sondra paid me ten bucks per sugary heartfelt-letter addressed to her future husband, Mr. Osmond. It was mutually beneficial. I believe she received some sort of fan club VIP article, and I made a little cash and gained the confidence to enter and win a poetry contest. That’s when the idea of being a writer formulated.

I think I fall somewhere in the middle. I generally write a pre-manuscript synopsis. So, I’ll have the bones, but the meat comes as I’m writing. For instance, in Direct Strike I knew Zoey was going to be struck by lightning and end up with a kind of supernatural side-effect. But the details didn’t come forward until I was knee deep in the story. I tend to backtrack quite a bit as I learn more about the plot, character, etc. Not sure if that’s good or bad, but it works for me.

I was definitely drawn to the paranormal elements. I’ve always had interest in dream work, psychic phenomenons, the spirit world, mysticism, etc. – Since childhood. Initially I wanted to be a horror writer. I penned a few short stories, but then I had a dream about a couple who moved into a haunted house. They were just married and despite the shadows slithering up and down the walls, they were madly in love. And the love they had for each other helped them overcome their fear. I woke up feeling warm and fuzzy and with the desire to explore paranormal romance. The dream inspired my first published novel.

I’m working on a couple of things. One is a horror screenplay ironically titled: The  Paranormals, and the other is the long awaited next book in the Midnight Road series titled: Blue Moon House. Each story takes place in the same town, and one thing binds the characters, but they’re stand alone books. Readers aren’t left hanging at the end of any of the Midnight Road novellas.

Here’s an unedited snippet from Chapter One of Blue Moon House:

“We’ve got to be close.” Sophia’s Subaru headlamps cut through the pitch-black night. Fixated on the road ahead, she gripped the steering wheel. At a glance to her right, Danny’s face glowed in the hue of his cell phone. Her muscles contracted. She could hardly stand to breathe the same air as him.
“Long drive. Airplanes are awesome,” he said.
He knew she had a fear of flying. Dick. She exhaled. She wondered if somewhere deep beneath grueling daily arguments, she still loved him. Not likely. A year ago she would have died for Danny. Twelve months later she wanted to murder him. No, she reminded herself, she wanted to kill the marriage. No, she corrected herself, she truly wanted to kill Danny.

Yes, I can relate to Scarlett, somewhat. In fact her iron skillet-Epsom salt method to exterminate negative/uninvited energy was a family recipe. But she’s much mousier than me.

Next up will be Blue Moon House. Currently, Medium Crossing and Midnight Road: Lighthouse can be purchased on Amazon. Direct Strike is available on Amazon and Kensingtonbooks.com. For updates and social media links, go to: loreleibuckley.com

Thanks so much, Lorelei. It was great getting to know a little bit more about you and your work! Folks – if you’d like to delve a bit deeper into your paranormal romantic side, be sure and visit Lorelei’s website!