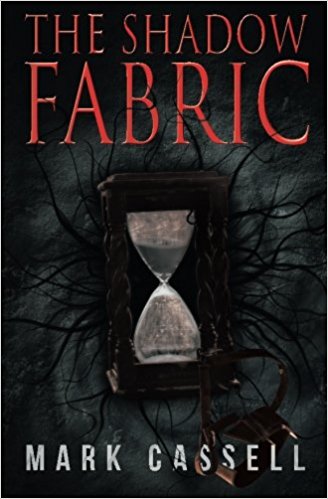 On the second day of his new job, Leo is witness to a murder. His boss, Victor, stabs his own brother, Stanley, with a mysterious dagger known as the Witchblade. But Stanley suffers from no normal stab wound. Instead he is drawn into what appears to be a black piece of fabric and is consumed. No body is left behind and Leo can’t rid himself of the final, terrifying image of Stanley before he completely vanishes. What madness has Leo gotten himself into by taking a simple job as a chauffeur?

The more questions Leo asks, the deeper he finds himself as part of the insanity. Soon, there is no escape. He must see this through to the bitter end. He wants answers, not the least of which what his friend Richard Goodwin has to do with it all. It was Richard who got him the job with Victor and also Richard who seems to know much more about Leo’s forgotten life than he’s willing to say.

The Shadow Fabric is an action-packed and fast-paced run through the underbelly of a realm of darkness, insanity, and a secret mythos that all but the very few are aware of.  Leo took my hand, gripped it tight, and yanked me along through it all right along with him. His fears became my fears. His desire to find the answers, were mine. The feelings of betrayal and hopelessness that he felt made me cling to each page, urging him to continue to fight and find the truth.

I’ve not been held so tight by a novel in a long time and am looking forward to reading more of Mark’s work in as near the future as possible. The mythology he’s created around the Witchblade and Shadow Fabric is rich and deep and there’s no doubt the depth will be plumbed even further in the other stories related to it. He left me knowing enough to end the story, but with the promise that theres more to this telling than a single novel can hold.

Check out the Book Trailer Here.