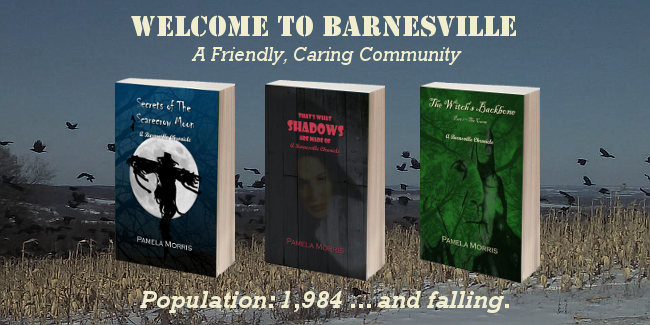 If you grew up in a small town, you know how boring it can get. You also know that everyone knows everyone else’s business … or do they? Barnesville is one such town, but the secrets there are centuries old – secrets that generations of witches have guarded well. The Barnesville Chronicles walks you down Main Street amongst the shadow figures that haunt, stalk, possess, manipulate and murder anyone who dares get too close to its dark and bloody past.

Your first stop should be the public library where librarian and town historian, Nell Miller, will be happy to help you. She’d love for you to visit the museum upstairs, too. Just, mind the old scarecrow guarding the top of the stairs. He’s part of a rare collection of memorabilia that pertains to the town’s first settlers and the Secrets of the Scarecrow Moon. 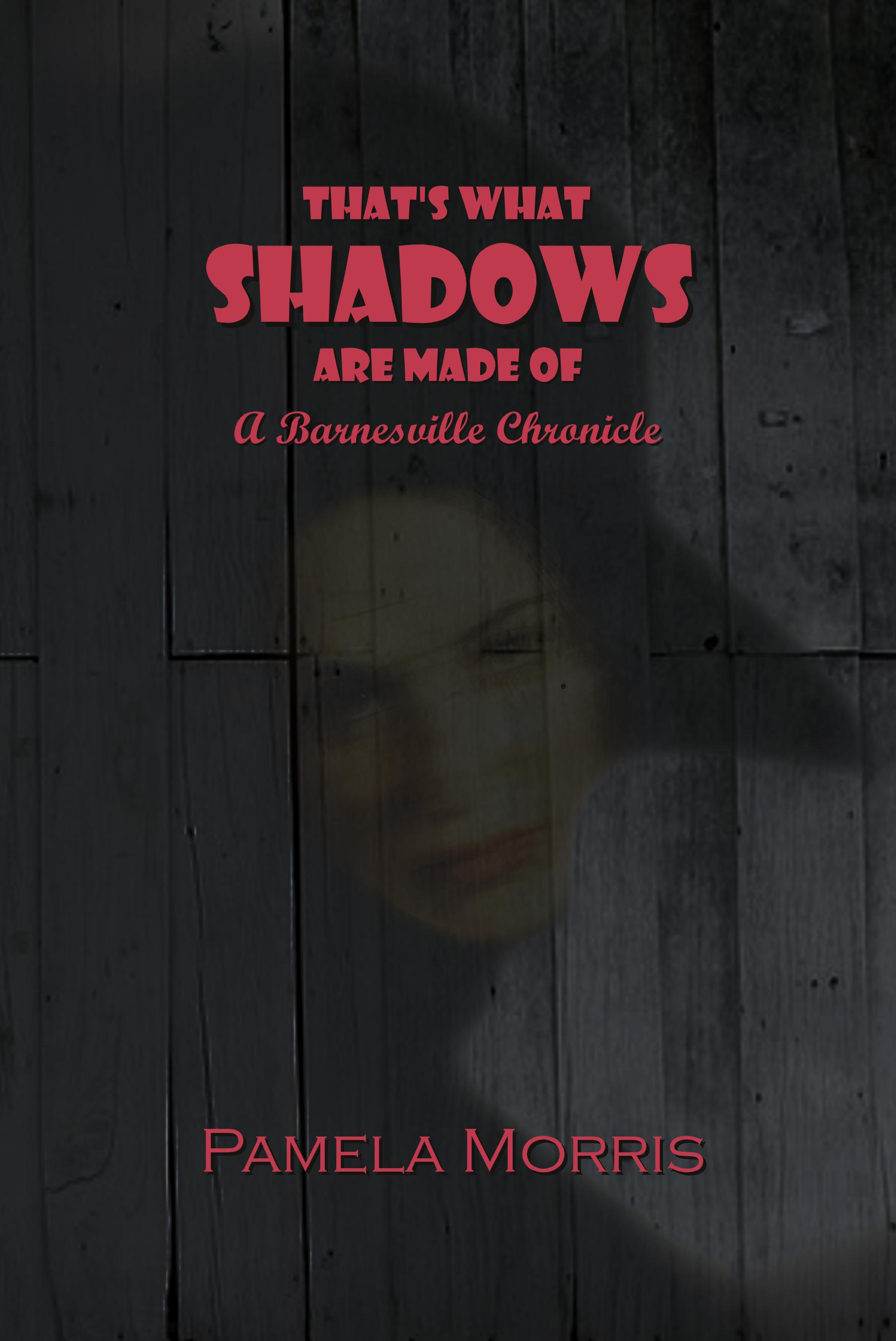 After that you might find it of interest to head a few miles south into North Valley where they are dealing with the death of their beloved funeral director, Dan Walden. Everyone loved Dan and his wife Carol – okay, maybe not everyone loved Dan so much because someone gave him a mighty whack to the head and stuffed him in a display coffin to die.  Angela Jennings, the daughter of one of Nell Miller’s best friends, is part of the police team trying to figure out just who the someone was. It seems like your normal murder case until an ethereal shadow figures starts cropping up all over town and visiting some of the fine folks in Barnesville, too. Who, or what is this dark and shifting form? Find out in That’s What Shadows Are Made Of.

Every small town has its local stories and legends. Barnesville is no exception. Back in the 1850s an old woman believed to have been a witch, cast a curse upon anyone and everyone who dared pay the site of her death a visit at night, a narrow section of road and its ravine that, over the years, became known as The Witch’s Backbone. If you see her and meet her gaze, you’re a goner. Back in 1980 a bored group of kids from the nearby farming community of Meyer’s Knob thought it would be a great idea to investigate this urban legend a bit closer. Maybe it wasn’t such a good idea after all.

As the years pass, the reports continue to trickle in, expanding on what has become known as The Barnesville Chronicles. As of this posting there are at least two more diabolical secrets that the locals would really prefer you turn a blind eye and deaf ear to. They don’t need that kind of publicity. They like things quiet and they prefer the dark side of the history books remain shut.

I promise you, I’m doing my investigative best to dig up these stories and bring them into the light of day. Maybe I should head on over there myself and poke around that little library of theirs. I hear that Nell Miller woman is some sort of witch.