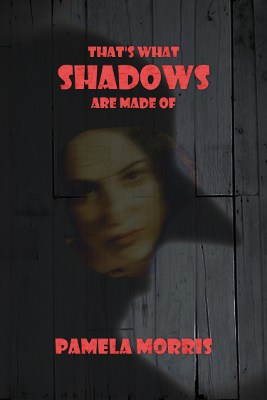 There’s no mistake about it, someone murdered the village funeral director. One person even steps forward to take the blame, but what was done to the body would be impossible for them to have done unless they had help. Soon others become suspect as the true nature of the victim steps out of the darkness to reveal a not-so-amiable member of the small town in Upstate New York. But whose hatred ran so deep as to bludgeon the man and stuff him into a coffin to die?

Was it his son who wants nothing more than to bring the family business out of the 19th century? Was it his wife or maybe the owner of the funeral home across town who is struggling to make ends meet? Or was it the deed of a malevolent shadow figure seen lurking outside the funeral home the morning Dan’s body was found? Lies, confessions, and long-held secrets mix with the fine art of witchcraft, as the local police and a nearby coven of witches both struggle to bring a killer to justice. But how do you capture a murderer who seems to be made of shadows that fades into obscurity every time the light of truth draws near?

A drawing for a free copy of “That’s What Shadows Are Made Of” happens one week from today! There’s still time to enter for a chance to win ONE OF THREE copies that I will sign and ship to you FREE! Just provide your real name, an active email account, and then verify that account when you receive the verification notice and you’re good to go!