New Release – No Rest For The Wicked 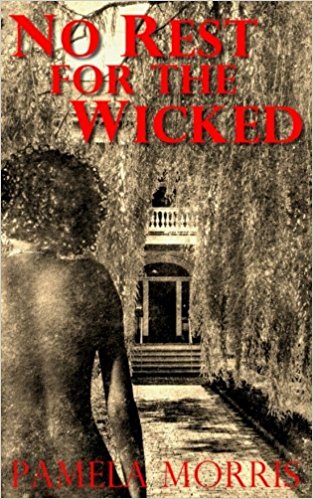 Every ghost has a story. Not all of them want it told.

HellBound Books Publishing and I are happy to announce the re-release of my haunted house tale, “No Rest For The Wicked“.

Initially released as a self-published title back in August 2016, NRFTW has gone through a few minor changes (let’s call them improvements) and been given a brand spanking new cover. All 452 pages of this paranormal battle between the living and the dead (and the dead and the dead, too) can be yours for $16 paperback. eBook version is coming out very soon, too.

From beyond the grave, a murderous wife seeks to complete her revenge on those who betrayed her in life; a powerless domestic still fears for her immortal soul while trying to scare off anyone who comes too close; and the former plantation master – a sadistic doctor who puts more faith in the teachings of de Sade than the Bible – battle amongst themselves and with the living to reveal or keep hidden the dark secrets that prevent any of them from resting in peace.

When Eric and Grace McLaughlin purchase Greenbrier Plantation, their dreams are just as big as those who have tried to tame the place before them. But, the doctor has learned a thing or two over his many years in the afterlife, is putting those new skills to the test, and will go to great lengths in order to gain the upper hand. While Grace digs into the death-filled history of her new home, Eric soon becomes a pawn of the doctor’s unsavory desires and rapidly growing power, and is hell-bent on stopping her. Enter the

Winchester Society of Paranormal Research; could the solution lie within the humble ranks of this group of investigators? It seems unlikely, but the crew is eager to try. Is there any force powerful enough to put to rest the wickedness that demands complete control, not just over its ghostly adversaries, but the body and soul of Eric McLaughlin?

“If you’re looking for a chilling ghost story filled with mystery and escalating tension, look no further. No Rest for the Wicked is the real deal – an expansive, unfolding riddle between the living and the dead.” Hunter Shea – author of “Tortures of the Damned” & “We Are Always Watching”

Get your copy of NO REST FOR THE WICKED at Amazon for a wicked summertime read.