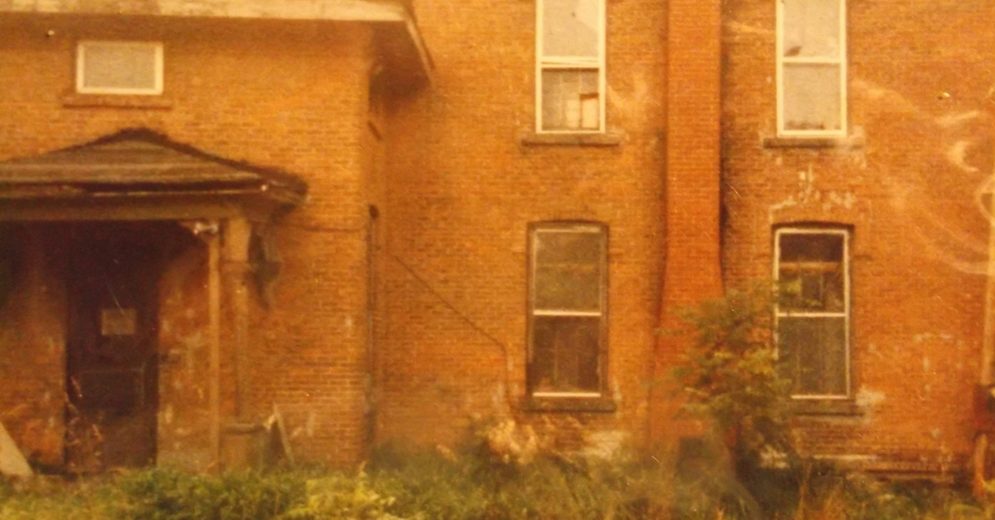 Urban Exploration, also known as UrbEx or Urban Spelunking (spelunking being ‘the hobby or practice of exploring caves’) takes its practitioners into the realms of man-made structures, most commonly empty and abandoned homes, mansions, hospitals, factories, and the like. No Trespassing signs don’t seem to mean much to the dedicated UrbEx-er. In fact, to some that’s as good as a welcome mat, even if one has to enter these sometimes dangerous structures at night under the cloak of darkness.

As a teen living in a small town surrounded by rural farmlands, UrbEx didn’t come into play very often. If an empty place did happen to crop up, chances were it was in pretty close proximity to another house and the person who lived there probably knew you, your siblings, your parents, and your grandparents. It wasn’t a chance many were willing to take. Getting grounded from what little there actually was to do around town was not a punishment we took lightly.

However, once you or your friends earned yourself a driver’s license and access to a car, more opportunities to explore begin to arrive. I was a late bloomer when it comes to driving. I didn’t get my license until I was nineteen. My own car didn’t come into the picture until I was twenty-two and permanently moved out of my childhood home. 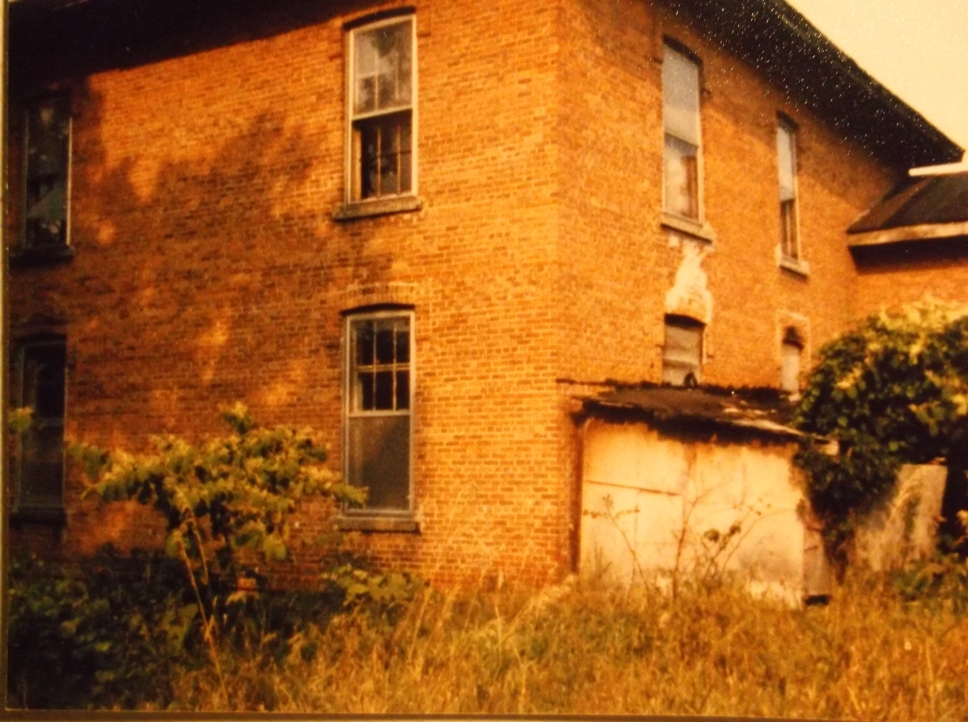 For the next five to ten years, urban spelunking took on a whole new thrill. We, meaning the man I would marry in 1989, didn’t have a lot of extra money so our sources of weekend entertainments were limited. Luckily, we both loved to search for and explore abandoned houses. Looking back I am surprised at how many we actually found. There were dozens! Many times we could do little more than peek into the windows. We’d never break locks, doors, or windows to gain access. When we could get in, the first order of business was to make sure the floors weren’t so rotted away we’d find ourselves crashing through them into the unknown darkness below. Once in, we’d start photographing our finds, and I’m somewhat ashamed to say, taking a small memento from the place if something appealed.

Some dwellings had little to offer beyond a dead bird that had gotten trapped inside who knows how long ago. Others would show signs of some sort of occupation going on, squatters, a hangout for partying teens, drug users, maybe the place a homeless person called home. In one instance, we walked into a fully furnished, museum-quality mansion that blew our minds. There was also that little psychic-ghost hunting part of us that hoped to feel or see something paranormal in every dwelling we made our way into. This actually happened twice that I can recall. 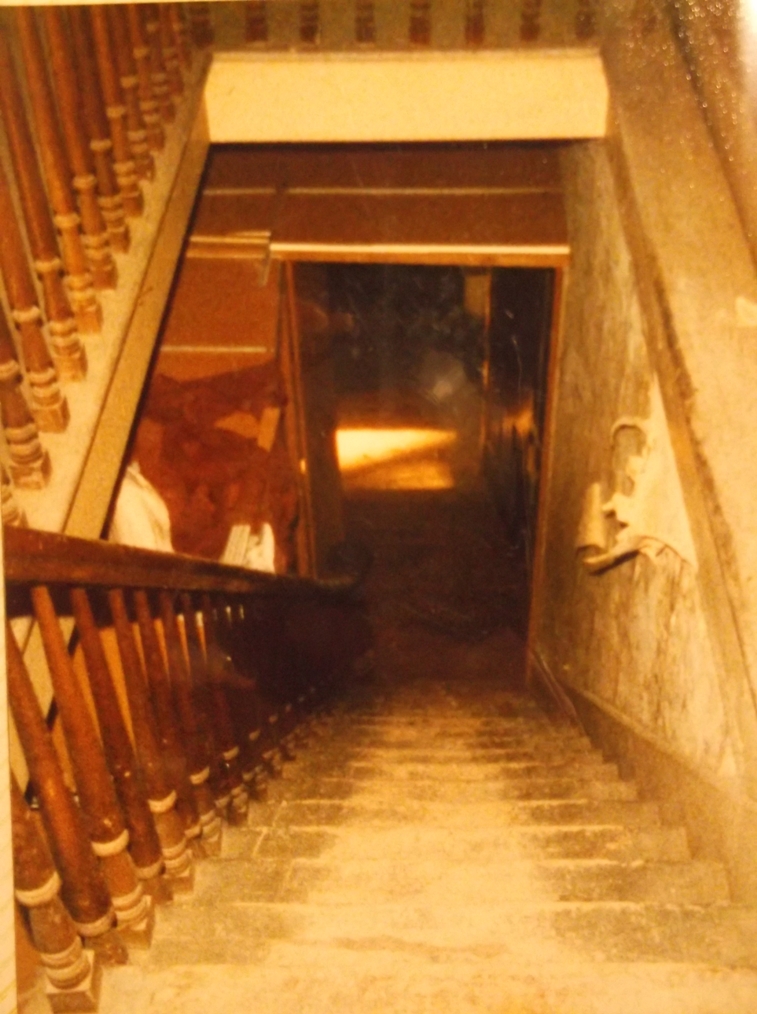 At one location, a massive two-story brick home only a few miles outside of Watkins Glen, NY, was nestled quite a ways back from the road with the driveway barely passable. It was nearly impossible to even see in the summer unless you knew exactly where and when to look as you drove by. The leafless trees of winter offered a much better view of the place from the road. Our visit took place on a hot summer day, pulling the car in as far as we dared to keep it out of sight. We went in through an already open back door by way of some sort of garage full of empty plastic milk jugs. The ceilings in this place were at least ten feet high and the original woodwork around the doors and windows intact. There was evidence of an occasional occupant, small piles of empty beer and soda cans, filled ashtrays, a battered sofa and some ragged chairs with crumbled clothes nearby, the burnt out nubs of candles. When you see things like this, you really start to pay close attention to the sounds around you.

As we headed out and began walking around the outside, a soft sound drifted by on the warm breeze. It only happened once, but it sent a strange little shiver down my spine. It was the sound of a woman humming; just two notes, a bit like “yoo-hoo” only gently hummed and nearby. The image of an elderly, heavy-set woman sitting in a rocking chair on a front porch snapping beans, popped into my head. Real or imagined? Spirit or something much more of this world? I don’t know.

It does give one pause, though. If the spirits of the dead are lingering in and nearby these abandoned places, that do they make of UrbEx-ers with their cameras and flashlights. Do they see us as we might see them, wisps of sounds and motions? Or are we as solid to them as we are each other? Do they resent our intrusion and consider us trespassers and thieves? This incident and the questions it raised have stuck with me for close to thirty years now and would eventually contribute to the writing of my psychological horror novel “Dark Hollow Road”.

There’s a house on Dark Hollow Road that by all appearances is unoccupied, just like the one mentioned above. The locals say the last time anyone lived there was back in the late 1970s. The doors are all locked. The windows on the first floor are nailed shut and covered from the inside. To date three children have gone missing in its proximity. The house contains a past filled with terror, a present full of dread, and a future obsessed with revenge.

Stay tuned for further posts about my UrbEx adventures and how those experiences led to the creation of “Dark Hollow Road” – a story driven by hate, fear, and every parent’s worst nightmare. Heading your way Spring 2018.