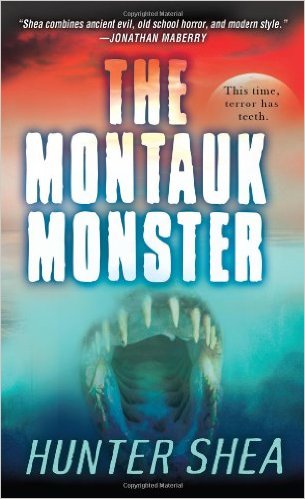 So, you think you know the Montauk Monster, do you? You may want to think again. Horror author and Monster Man, Hunter Shea has a theory. Let’s hope he’s wrong.

In July 2008 a mysterious creature was found dead on a beach in Montauk, NY. Guesses of what the creature was ranged from a raccoon, a shell-less turtle, a small sheep, and a dog. But the most interesting guess was it was an experiment from the Plum Island Animal Disease Center nearby. Had this been a singular, isolated case perhaps less would have been thought of it. However, another odd-looking unidentified creature was found in March of 2011 in Northville, NY. In July 2012, a similar one appeared beneath the Brooklyn Bridge in the East River in New York City. Finally in December 2014, a forth body washed up on a beach in Santa Barbara, California. 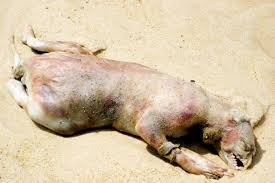 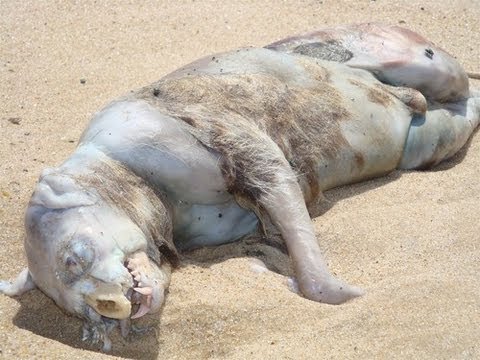 Enter Hunter Shea, creator of “Swamp Monster Massacre”, “The Jersey Devil”, and “Loch Ness Revenge”, horror novels where the author takes what we think we know about these legendary cryptids and twists them into blood-thirsty terrors, hell bent on destruction. “The Montauk Monster” is no exception. Where did these things come from, because believe you me, there’s more than one. Are they lab experiments or freaks of nature? Most importantly, how can they be stopped? Once you take Shea’s hand there’s no letting go. He takes off on a dead run from start to finish as one attack after another and the efforts to stop them are presented to us in all their gory Technicolor glory.

This is my fifth Hunter Shea novel and it’s become my favorite. With the others he uses a cryptid with known attributes. We know what Bigfoot looks like and, in general, their preferred habitat. The legend of the Jersey Devil has been around for hundreds of years, as have stories of Scotland’s Loch Ness Monster. We know them and in many cases, have grown to love them. Not so with the Montauk Monster. He’s new. He’s different. He’s anybody’s guess. I really enjoyed what Shea did with this one because it was so much his own creation, based less on what we know and more on our wildest, weirdest, and most terrifying speculations.

To learn more about Hunter, his monstrous menagerie, and other tales of terror check out his website: https://huntershea.com/

Five out of Five Ravens.