The Horrors That Grew Me – Rod Serling 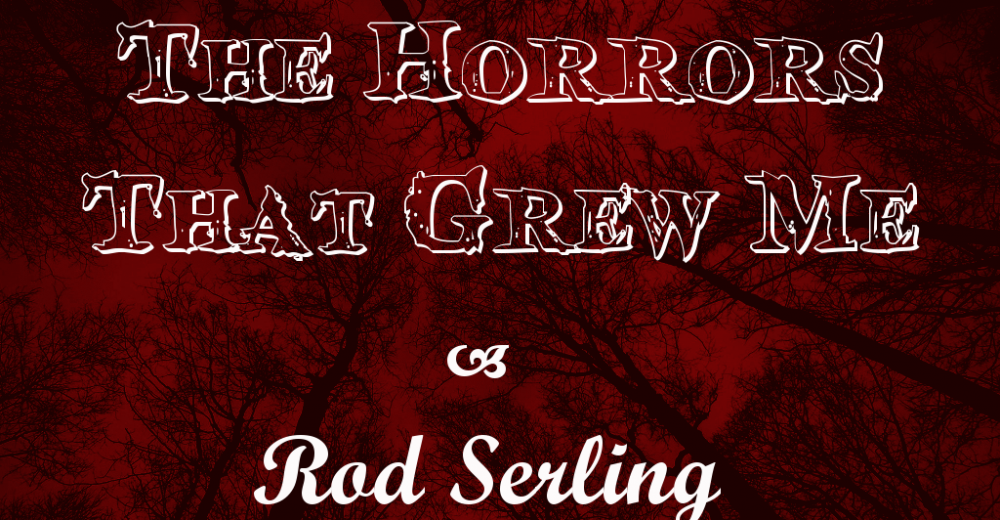 It was late summer as my husband and I traipsed around in a small, quiet, and isolated cemetery in the Finger Lakes Region of Upstate New York. We’d come to visit a grave, which was quite a normal thing to do in a cemetery. I’d only ever seen pictures of the headstone. I had never met the man buried there, but his influences on the mind of the young girl I once was and the woman I’d grow up to become, are immeasurable.

I’d hoped there would be some sort of map directing us to the grave. There wasn’t. Frustrated, I feared we’d come all this way for nothing. Although it wasn’t a big place, it was big enough to be intimidating at the thought of finding such an unimpressive headstone. We walked in different directions. Maybe ten minutes later, my husband’s voice beckoned. “Sweetheart? I think I found it.” My heart leaped as I surrendered my futile search and headed in his direction instead.

On Christmas Day 1924, in Syracuse, New York, Rodman E. Serling was born to Samuel and Esther Serling. When Rod was two, the family moved to Binghamton, New York where he would spend the remainder of his youth and graduate from high school in 1943. Binghamton is a mere 40 miles from the small town I grew up in and I’m currently only a dozen or so more miles further away. By the time I came into being, Rod Serling’s The Twilight Zone had been cancelled for over a year. Lucky for me, re-runs of the program were very popular during my early, impressionable years and I ate them up like nobody’s business. I couldn’t then, and I still can’t, get enough of The Twilight Zone. If it’s New Year’s Eve\Day, you can be certain The Twilight Zone marathon is playing on my television.

I feel very at home with Rod Serling’s work and in his world. I can’t help but wonder if it’s because we grew up so very close to each other, in the same REAL world – give or take a few decades. It’s entirely possible he passed through my small hometown and knew the same streets, sights, and sounds of towns near me. Maybe his mother took him shopping at J.J. Newberry’s in Owego. It’s possible he enjoyed a beer or two at The John Barleycorn. It’s been there long enough. He most certainly knew the mighty Susquehanna River and the C.F.J. Carousel in Johnson City, and I dare even say he rode on it as a child, just as I did. Rod Serling feels almost like kin, even if it’s some distant, never-met cousin. 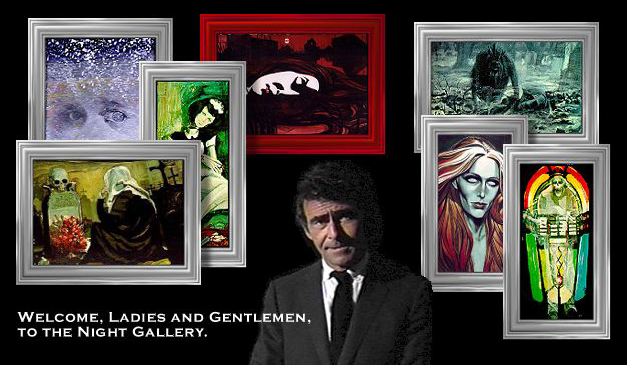 But it wasn’t just The Twilight Zone that captured my imagination, but his other series The Night Gallery whose pilot episode stared my all-time favorite actor, Roddy McDowall. (Serling was also a contributor to some of the Planet of the Apes screenplays, btw.) The first episode aired in 1969 and whole thing would be cancelled in 1973. The Night Gallery leaned more towards horror and suspense than TZ had, something I quickly picked up on as a budding writer and student of the macabre. Each episode took place in a fictional museum gallery, of which Mr. Serling was the curator. He would present to us, usually three, sometimes only two, paintings. The painting depicted a scene that was sometimes horrifying, sometimes seemingly quite innocent. Behind every image was a dark tale to be told. The first episode of the first season was called The Cemetery. 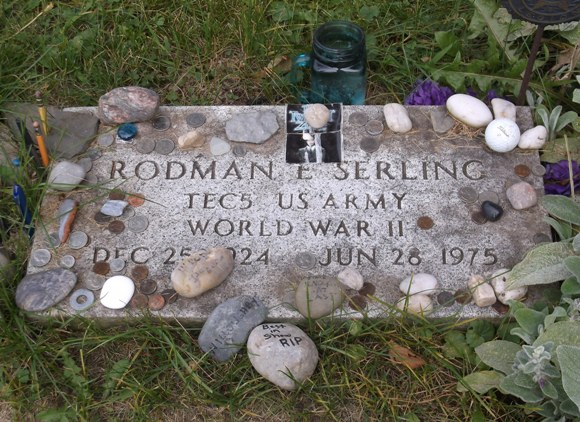 I made quick work of finding my husband and approaching the grave he stood in front of. That was it, alright. Small, unassuming, level with the ground, and covered with offerings of pebbles, coins, pens, and a little green Army guy that had toppled off the back edge. I put the soldier back into place. Several of the stones had been painted on. “Best in Show RIP” one was marked. Another said, “Time At Last”. A third simply stated “Willoughby” after an episode of The Twilight Zone titled “A Stop At Willoughby”. It was this episode that Serling freely admitted to being his favorite of the first season. I looked down at the stone and said, with laughter on my lips, “Willoughby! Next stop, Willoughby!” Seeing the somewhat blank look in my husband’s face, I added, “You have no idea what that means, do you?” He admitted he didn’t.

A soft breath escaped me followed by a moment of silence as I looked back down at the grave, then the unexpected happened, the tears came. I was suddenly very sad and heartbroken, mourning a man I’d never met and only knew by his work I’d seen on television. I realized then how much I have always idolized Rod Serling and how hard I’d strived since day one of knowing that being a writer is what I wanted to be, to being even just a little, teensy-weensy bit, no matter how pale a shadow that may be, like him and his work. 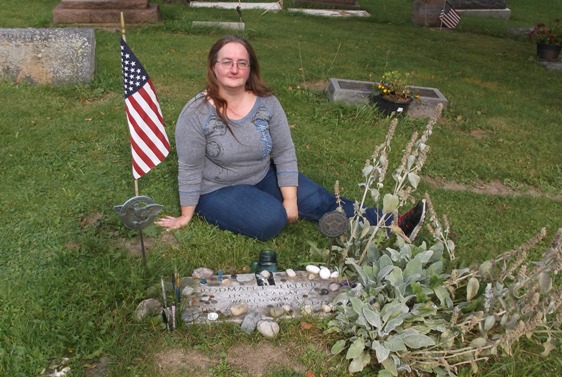 I pulled myself together as quickly as I could, wiped my tears, took some pictures and had my picture taken at the grave. The power of that visit has clung to me ever since, the emotions bubbling to the surface as the most unexpected times, and the gratitude I feel for all that Rod Serling brought into my world, felt through and through. On June 28th 1975, after two heart attacks and undergoing open heart surgery, Rodman E. Serling’s life succumbed to a third, fatal heart attack. He was fifty years old. Only a year younger than I am now. His funeral took place on July 2nd, followed by a memorial service at Cornell’s Sage Chapel on July 7th.

When we left that cemetery, I left a little piece of myself behind and took with me a much greater appreciation for the quiet, privacy in which one of my idols rests. I hope he’s found his way to Willoughby. RIP Mr. Serling, Rest In Peace.