A Summer of Shenanigans

It’s been ages since I’ve posted a personal update. I’ve been busy. That’s a good thing. Even though that busy-ness caused some stress, it was a good kind of stress, a stress born of progress and meeting deadlines. 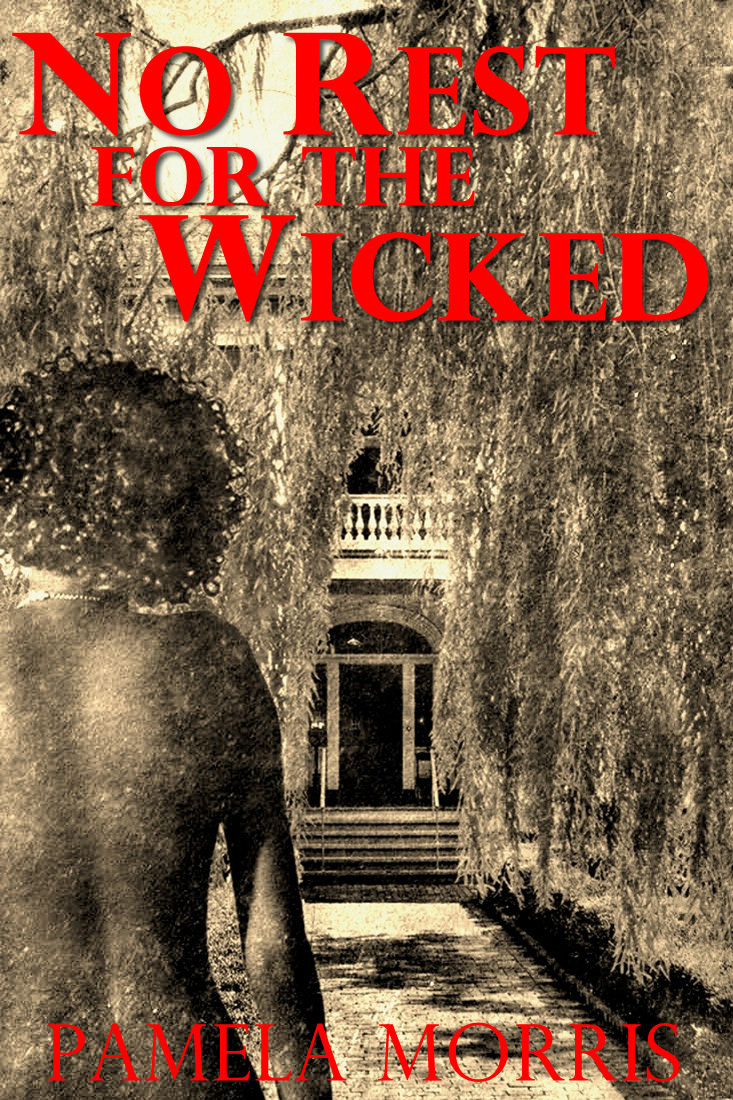 HellBound Books and I were able to get the new edition of No Rest For The Wicked out in time for my signing event in July. This was my second time taking part in Berkshire’s Blueberries & Books Festival. What a pleasure it was to have twice as many titles this year, too. I really enjoy this event. Not only do I get to talk about my own work, but I get to talk with other writers about their work. This year I was seated next to a lady who wrote a children’s book about NOT being afraid of the dark. We had fun with that all day, telling people I was trying to scare people while she was trying to get folks over their fears. I got a lot of repeat customers from last year, too. That’s always a good sign. I made my podcast debut over at The Unofficial Panic Room Radio Show to help promote NRFTW, as well. 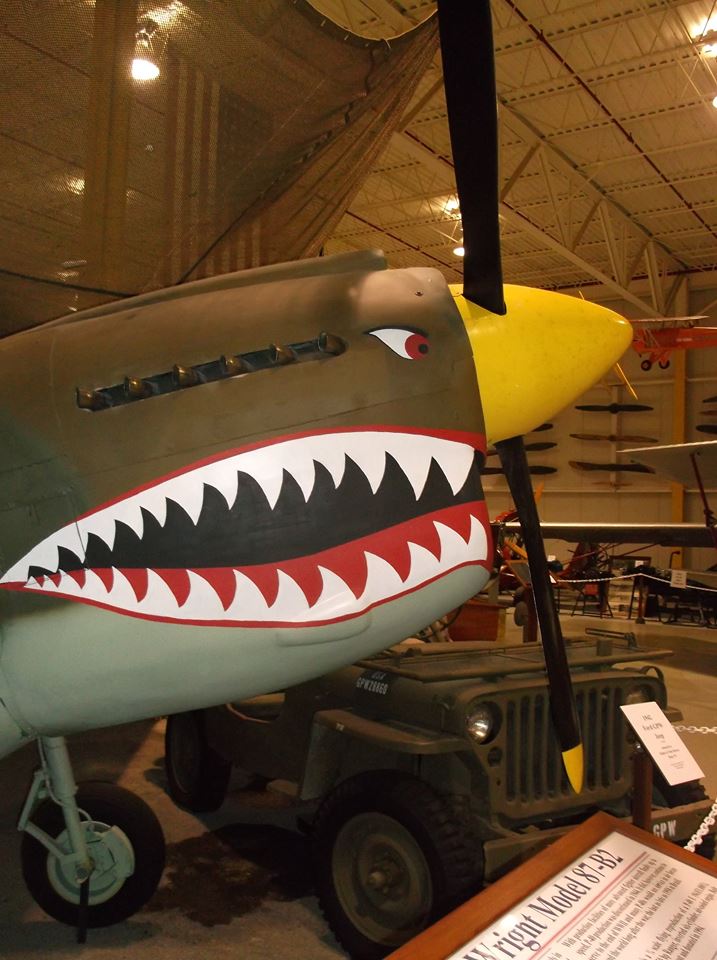 In August we took some vacation time. Our first wedding anniversary was on the 27th (and people said it wouldn’t last). Actually, no one said that, but … anyway. We managed to find our way to the Glenn H. Curtiss Museum in Hammondsport, NY. Planes, trains, motorcycles, and automobiles, plus some really cool items from fictional space travel to be seen (Star Trek, Lost In Space, etc.) Stopped for lunch in Hammondsport proper and went down to the lake front for a while, too. Very relaxing. 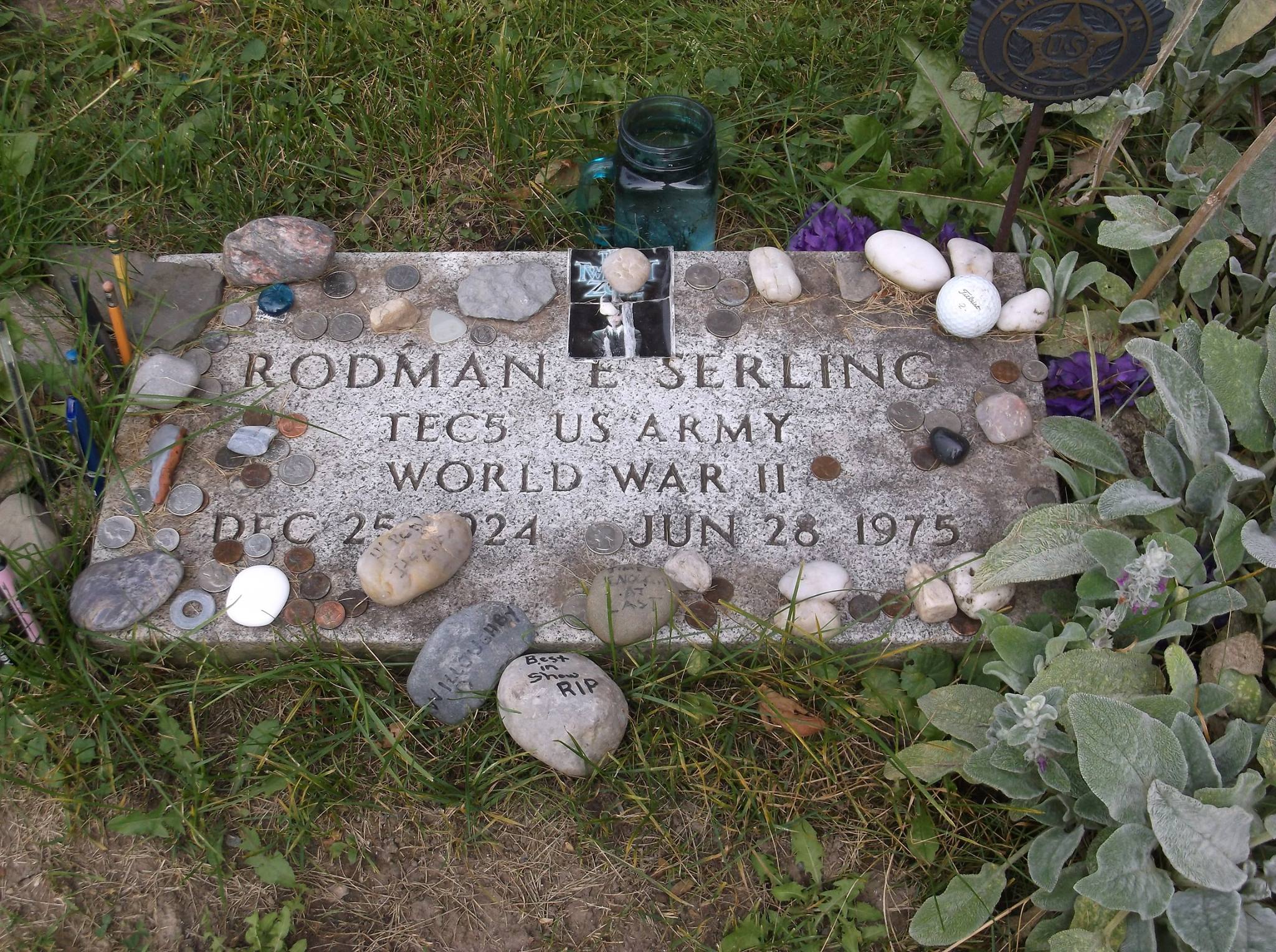 Even though we got slightly off track on our way to the museum that delayed us an hour, it was still early enough in the day to head over to Interlaken to see if we could find the grave of one of my writing idols, Rod Serling. We did. It was a lot more emotional than I ever imagined. We ended the day stopping for ice cream. Vacation also included putting some flashing on the front porch, but mostly just relaxing around the homestead, sleeping in, and having time together. 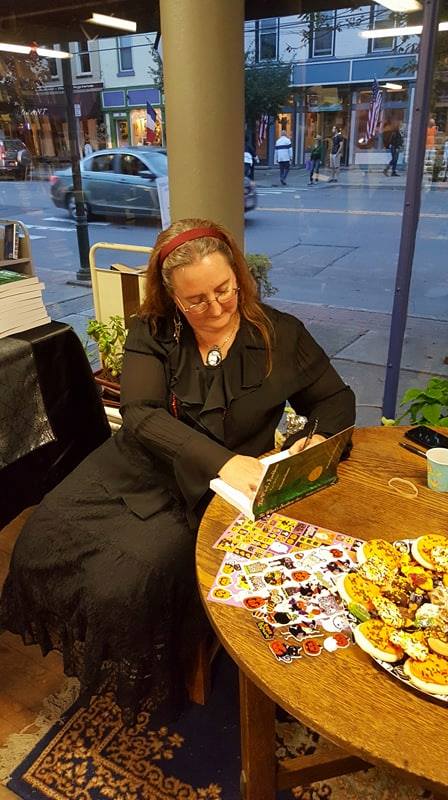 Throughout August and September we worked on getting The Witch’s Backbone 1: The Curse ready for release along with some minor updates on the covers for the other two Barnesville Chronicles, Secrets of The Scarecrow Moon and That’s What Shadows Are Made Of. And this is where the majority of my stress was generated. I desperately wanted TWB1-TC to be ready for my signing event on October 6th  for Owego’s First Friday Art Walk. The covers were just not turning out over and over again. Time was running very short, but it did happen and I had copies in hand barely in time. *phew* The turnout at Riverow Bookshop was pretty good, too. Also in October, there was an attempt at another podcast appearance, this time over at Experiences Within The Light, but my phone died all of 15 minutes into our chat. We’re going to reschedule as soon as possible!

Layered in with that was a request for me to write a foreword for another writer (I said yes), being asked to write a blog for another author’s website (I said yes), and being asked if I’d be interested in writing movie and/or book reviews for another site (I said yes). Plus, I still wanted keep posting on my own website once a week and had interviews to send out, process, and post. Yes, indeed, stress that was pretty much of my own creation, but if I want to kick this writing gig into gear, I have to get out there and get my name and work known as much as I can. More details on all that once they come into fruition. They are all works-in-progress at the moment.

In the past couple of days, fellow writer and friend Thomas S. Gunther put me in the spotlight. I had no idea what he was up to when he messaged me and asked for some biographical info. I sure didn’t expect what he posted. Wow. It certainly made my day with his feature Writers In Review post. Today, Becky Narron of Roadie Notes posted an interview I did for her late last week.

Amongst it all, I still try to get on with the writing of The Witch’s Backbone 2: The Murder. I’ve signed up to do NaNoWriMo again starting November 1st and am hoping it will push me a bit harder to get more of it done. I’ve already jumped the 37K word count on it, but I can use all the help I can get to get it done in a timely manner. I’m hoping for around 100K words on it.

Even though we’re not yet into November, I’m already starting to reach out to some fellow authors to get them on my list of interviewees for 2018. The long-awaited release of Dark Hollow Road is coming in 2018, too. It’s a psychological horror that made even me question where the material was arising from in my psyche. If you like your horror more on the taboo side, where the monster is all-together human, you’re going to love this one. We’re going to explore a seemingly-empty old house in the Pennsylvania countryside and learn all about the last person who lived there. It may just change your mind about urban spelunking. I know it did mine! Keep an eye out for future announcements on this one.

And there you have it, all the updating that’s fit to print. Like I said, I’ve been busy. The stress may not have been enjoyable at the time, but it’s worth it once I have an end result I can be proud of enough to share with others.

Be well, all, and thanks for reading!