The Horror of Women 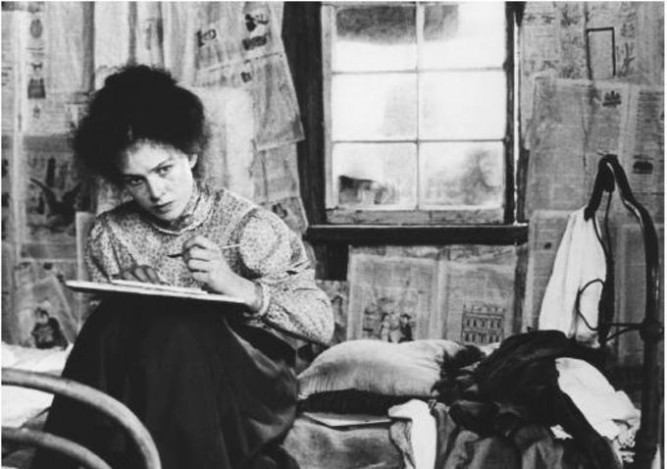 I was ten or eleven the first time I read “Dracula”. Before that I was reading things like Nancy Drew. I may have delved into Stephen King at that young age, too. I’d certainly read “The Haunting of Hill House” by Shirley Jackson before I reached my teen years. The point is, mysteries and thrillers have been on my bookshelf and in my blood from a very early age. Up until quite recently I’ve never paid much attention to who did the writing. As long as the story was good and scared me, I was all for it. Didn’t matter if it was written by a man or a woman.

Quite recently Homme de Plume: What I Learned Sending My Novel Out Under a Male Name by Catherine Nichols came to my attention. As I read it, my dander became more and more riled. As I am a woman struggling to make her mark in the publishing world, you can probably figure out why. It took me two years to find a suitable publisher for my erotica titles, but when I gave that all up to follow my real love of writing horror, things have not gone so well. You’d think having five novels already out there would give you a little bit of credit regardless of genre. Apparently not.

Since 2011 I’ve completed three paranormal thriller manuscripts and am working on a forth. One was published in 2012. Unfortunately the publisher went out of business shortly after my book was released and I have been forced to start my quest over from square one. It’s been anything but fun. It’s been anger and frustration. It’s been hopelessness. It’s been tearful. What makes it worse is that I have been told by people who have read my books that I write a whole lot better than some of the other well-known authors they’ve read. Yeah, I know my writing is far from perfect. I make mistakes, especially in blog form.  It’s all free form-first draft style here, kids, but, I sure as hell write better than I did when that first erotica was unleashed on the world. On top of that, I’ve read some pretty lame horror myself over the past five years or so. I am normally very humble about my work, but sometimes you just know you’re just as good as this other person who sells by the millions, if not better, and yet what do you have to show for it? Anger. Frustration. Hopelessness. Tears.

The article by Catherine Nichols got the gears going. I began to question even further how to make my way in this industry that seems to favor the man, or who they perceive to be a man. And then I thought about my chosen genres, horror, murder-mysteries, thrillers and the paranormal. I began to consider some of my favorites in that genre. It dawned on me that the majority of them are men. Heck, even the Nancy Drew books were written by a man under the guise of a female name.

There are a variety of lists out there about the top ten or top twenty horror writers of all time. Men dominate that list. Why? I’ve seen it argued that maybe men just have a better sense of blood, violence, and gore. Maybe. I don’t need those things to make something horrific. I can watch the news if I want to see that sort of thing.

Truthfully, I don’t care for slasher books and films at all. I want nuance. I want depth. I want to see normal, everyday life turned inside out. I want the slow, psychological build up that keeps me awake at night not because I’m afraid a stranger is going to come into my bedroom and attack me with a butcher’s knife, but because I am wondering if that sweet, gentle man beside me in bed is somehow going to go nutso for no apparent reason. Or I’m going to wake up and discover one of my children is missing. That’s scary!! Woo me gently into that darkness with a trusting hand and a tender voice until I have no choice but to go deeper. Don’t shove me in at knife point. It all appears so normal, but it’s not.

That’s what I want to read. That’s what I strive to write. And, modesty aside, I think I’ve done a pretty decent job of it in the books I’ve written. That’s when I start getting angry again. That’s why Catherine’s article hit me so hard. Seeing those lists of great horror writers and so few women on those lists gave me another level of dismay. A writer’s mind is a very delicate thing. We are moody and we are fragile in some ways about what we’ve written. We’re full of doubts. We suffer a lot of rejection and for most of us, not writing isn’t an option. We are compelled at in inexplicable level to write.

As a female writer I now feel I have added two more battles in my war to win in the publishing world. It’s hard enough as it is. I read somewhere that of all the manuscripts submitted, only two percent are published. There’s battle one. Battle two, beating the odds because I’m a woman in what really appears to be a male-dominated business. Battle three, writing horror, a genre that has a far, far more masculine presence in the world than does the feminine. I must truly be insane because I keep on writing it despite all these rows of cannons aimed at me.

But, there is good news. We’re out here, honestly! And some of us are pretty damn good! I found a couple great lists of female horror writers: Top 25 Women Horror Writers You Probably Haven’t Heard Of and Horror and Women Who Write It to get you started.

I have no intentions of giving up on this, nor will I change my name to try and beat the odds. I am who I am. I write what I love to write. I am a woman and I love to write horror. Hopefully, one miraculous day, I’ll beat the odds stacked against me and win these battles.