Creation In The Midst Of Chaos 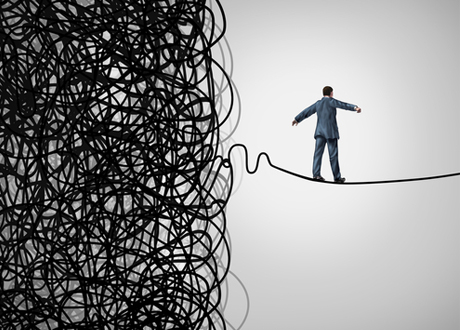 Creative writing hasn’t really been in the cards much for the past couple months, what with getting married in 24 days and all! I’ve been jotting down things here and there for other stories as well as doing a final read through of No Rest For The Wicked before it’s ‘off to the printers’ as they say.

Once I’ve recovered from all these wedding and honeymoon shenanigans, I’ve told myself I’m going to work diligently to get the first draft of Dark Hollow Road done. I’ve got two more author events lined up for after our return that will take me into October. That will likely be the end of my 2016 Tioga County Book Tour, all of four events. That doesn’t sound like much, but it’s four events more than I’ve ever had before and maybe in 2017 I’ll double that number. I’m new to this and being an introvert doesn’t lend itself well to self-promotion.

Still, I’ve come a long way in the past 41 years since Bill, The Worm Who Ran Away debuted and I realized that being a writer is what I wanted to do. My little girl dreams amounted to nothing more than being a published author. Now that I have that, I need to up the odds and add ‘well-known’ to that dream and yes, dare I say, able to make a real living off it.

As the wedding date draws closer, the concept of how much time we have left becomes more in focus. With it, I am reminded of my own mortality and I can’t help but wonder if it’s too late to truly achieve that author dream. My Spring Chicken days are behind me. I’ve worked on this almost my entire life and yet, here I am 50 years old and I’ve still not made it.

I have to remind myself a lot why I do it. I have to remember that Bram Stoker was 50 when Dracula was published. Little House on the Prairie was not published until Laura Ingalls Wilder was 64 and when Henry Miller’s first novel, Tropic of Cancer was published, he was 44. Alex Haley was also 44 when The Autobiography of Malcolm X came out and he was 55 when Roots was released.

My first novel has only been read by a handful of people and has never been published. I finished writing my second novel in 2004 and found a publisher in 2006, just a few months shy of my 39th birthday. Granted, it was erotica, but a published novel is a published novel. I wrote several more erotica titles for the same publisher over the next four years before deciding it wasn’t what I loved writing. It didn’t give me the joy I wanted. With Bound To Be Bitten (out of print) in 2010 I tried to bridge the gap between that and what truly called me, writing horror and the paranormal. I was never entirely happy with the work and that’s when I decided to say goodbye to that aspect of my writing career. I have no regrets for having done it and none that I gave it up, either.

I longed to type in the fingerprints of those authors I’d started to admire as a teenager: Stephen King, Shirley Jackson, Agatha Christie, Peter Straub, Bram Stoker, Anne Rice, and Tanith Lee. Paranormal-horror meets Murder-Mystery. Oddly, I found myself a bit lost when it came time to write it, but I knew I had to give it a shot. Secrets of the Scarecrow Moon (originally published as Blood of the Scarecrow) was the result. When the publisher went bankrupt, my book’s sudden death was heart-breaking. At 47 I felt my writing career was back to ground zero. Ten years of serious effort had been reduced to little more than a hill of beans.

At 50, I still get some royalties for the erotica, but the battle to get myself out there as a horror writer rages on. Female horror writers don’t seem to be as popular as male ones. Maybe publishers don’t think we women can come up with the blood, guts, gore, and violence like our male counterparts. It’s easy to convince myself it will never be what that little nine-year-old me dreamed it would be. All too often I feel I have no idea where I’m going or what I’m doing.

Getting nowhere fast with traditional publishers and\or agents, I decided to self-publish for the mere fact I had various people who had read “Scarecrow…” asking me on a weekly basis when the next book was coming out. All I could do was shrug and feel disappointed that I was letting everyone down, including myself. Their words of encouragement have kept me going. With the help of my future husband, That’s What Shadows Are Made Of was our first release in 2015 followed by Secrets of the Scarecrow Moon in early 2016. In just over a month, No Rest For The Wicked, the third of our self-published novels will be coming out.

I’m still trying to finish writing Dark Hollow Road. I’ve promised Hunter Shea I’ll post a review for his newest book The Jersey Devil as soon as I can. I’ve been meaning to get in touch with the editors of Mountain Home Magazine to see about writing for them … but … ack, ack, ack! Maybe after the wedding and honeymoon I’ll be able to focus more on all of this. I’m just too scatter-brained right now. I fought with tulle and my head piece last night. I’m still trying to get my wedding shoes stretched out so I can wear them a few hours during and after the ceremony. I created a pair of ‘I’m sick of wearing these shoes’ back-up sneakers. There’s a DJ station set up in my living room. Trying to figure out how else to decorate the miniature white suitcase that will serve as a guest book and a place for guests to drop off cards is proving harder than I thought. We have a regular guest book, too. There are always dishes and laundry to be done and toilets to clean. Still not 100% sure what’s being used as a cake topper. We want to get our deck built before the snow flies which around here can happen in October! My dress is still in the making. I haven’t properly cleaned the guest room for Jim’s mom yet.

Calgon, take me away!